A. Sutherland - AncientPages.com  -  The Great Pyramid of Cholula is the largest pyramid known to exist in the world today. 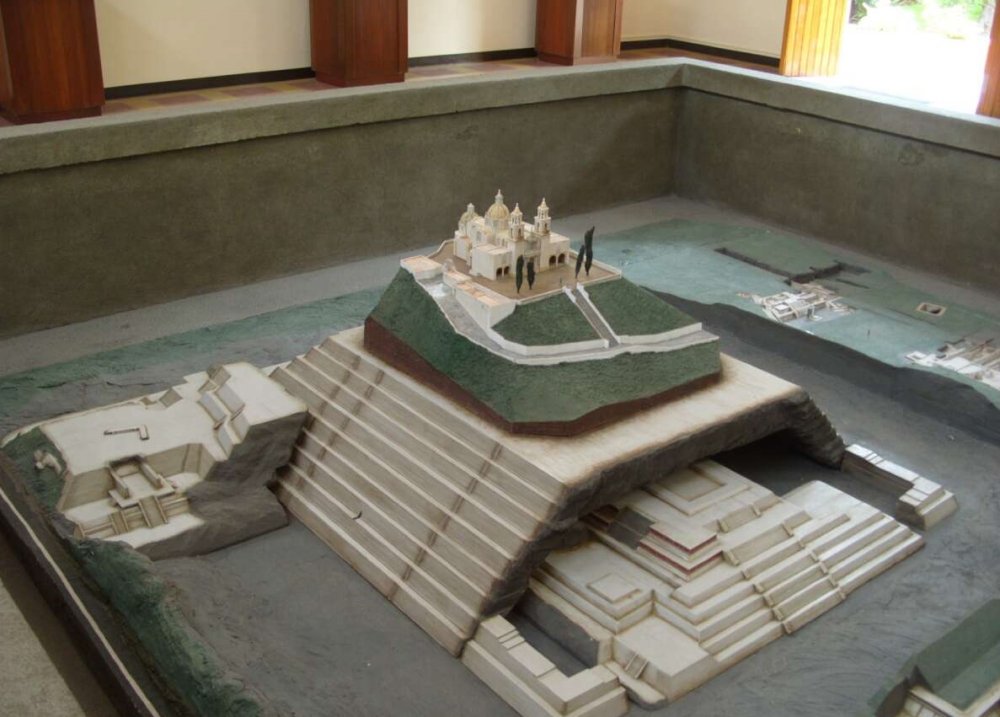 Reconstruction of the Cholula pyramid.

According to myth, the pyramid was built by a giant named Xelhua of adobe bricks, after he escaped a flood in the neighboring Valley of Mexico.

The Great Pyramid of Cholula, also known as Tlachihualtepetl (Nahuatl for "artificial mountain") was dedicated to the god Quetzalcoatl. In time, Cholula became a mecca for pilgrims from all over Mexico, who flocked to the city to pay homage to the feathered serpent God.

Upon the arrival of Cortés, Cholula was Mexico's second-largest city, with a population of up to 100,000 by some estimates.  There is some disagreement about what happened next, but it appears that Cortés discovered the alliance between Cholula and Tenochtitlán, perhaps he became aware of a plot against the Spaniards, and he decided to make a pre-emptive attack. 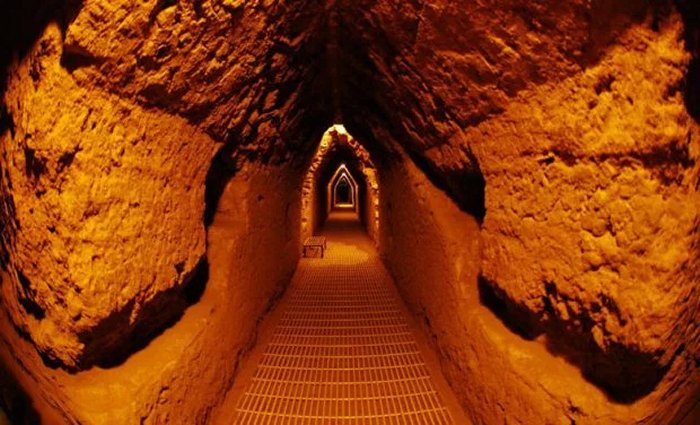 As a result, thousands were slaughtered by the Spaniards - Cortes claimed 3000 were slain in three hours, but conquistador Bernardino Vázquez de Tapia claimed that the death toll was 30,000.

Whatever really happened, the massacre had the effect Cortés wanted, and the people of Mexico were much more inclined to surrender.

The temple was destroyed, and a church was built on the pyramid of Cholula, which the Spaniards seemed to believe was only a large hill.

From the 1930s until today, massive efforts have been made to excavate the pyramid. 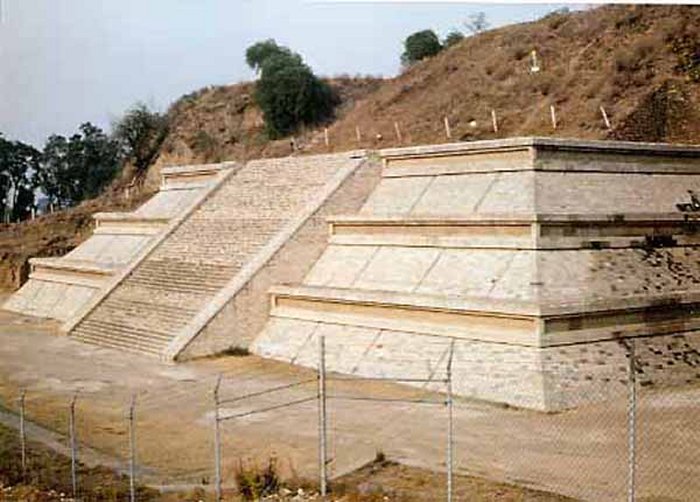 The pyramid consists of six superimposed structures, one for each ethnic group that dominated it.

The Great Pyramid of Cholula has a base four times the size of that of Pharaoh Khufu's Great Pyramid of Giza and is the largest pyramid base in the Americas. This ancient structure was once an important center of worship and  the excavations revealed more than 400 human burials that include a number of human sacrifices in form of decapitated victims.

Most of these burials date to the Postclassic Period, showing that the Great Pyramid was an important centre of worship well after its use as a temple was discontinued.[14] These burials include a number of human sacrifices, as demonstrated by mangled body parts and skulls from decapitated victims.

The remains of a number of children were discovered and these remains were deposited in ceramic pots. The children were most probably messengers to Tlaloc (the god of rain) due to the drought occurring at this site.