Ellen Lloyd - AncientPages.com - Runes played an important part in the lives of the Vikings. Unfortunately, there are few remains of runic writing on paper from the Viking era. Nevertheless, thousands of stones with runic inscriptions have been found where Vikings lived. In this article, we unravel the mystery of runes and examine significant facts and history that provide us with a better understanding of these ancient inscriptions and Odin's secret language.

Thousands of inscriptions in stone, wood and metal have been unearthed, and each item gives us a glimpse into a culture that believed in the power and protection of the gods, telling fortunes and casting spells, and the glory of war. 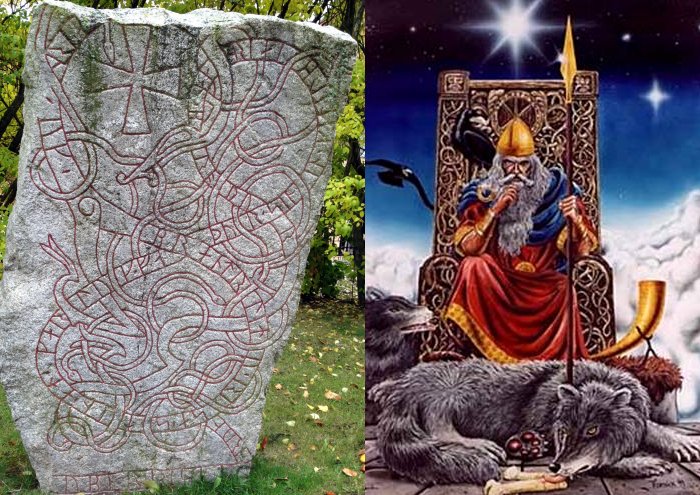 The word "rune" comes from Old Norse and means "Secret knowledge and wisdom". The true age and origin of the runes are still shrouded in mystery. Symbols resembling runes appear as cave markings as early as the late Bronze Age. It was not until about 200 AD when the runemal (i.e. the art of runic interpretation) was wide-spread in Northern Europe that the runic alphabet emerged.

Each “letter” or figure is called a rune, and it has a phonetic sound, but similar to the Chinese alphabet, it also has a distinct meaning, and these meanings are directly linked to Norse mythology. The Furthark was used for writing on wood, bone and stone and was regarded as sacred.

According to Norse mythology, Odin speared himself to a tree so that he could receive the knowledge of the script. Suspended for nine windy nights, he learned their mysteries, and these he passed on to his people. The gift from Odin is divine and possesses magical powers. With great reverence they must be used to honor the heroes and to make powerful the implements of our daily use; the box and the comb, the hilt and the scabbard.

Who were the rune masters?

The Vikings took the magical powers of runes very seriously. One Norse poet wrote about the Viking runes stating "Let no man carve runes to cast a spell, save first he learns to read them well." Due to the perceived supernatural powers of runes and the potentially dangerous consequences of not fully understanding their meanings, rune masters were called upon to interpret them. 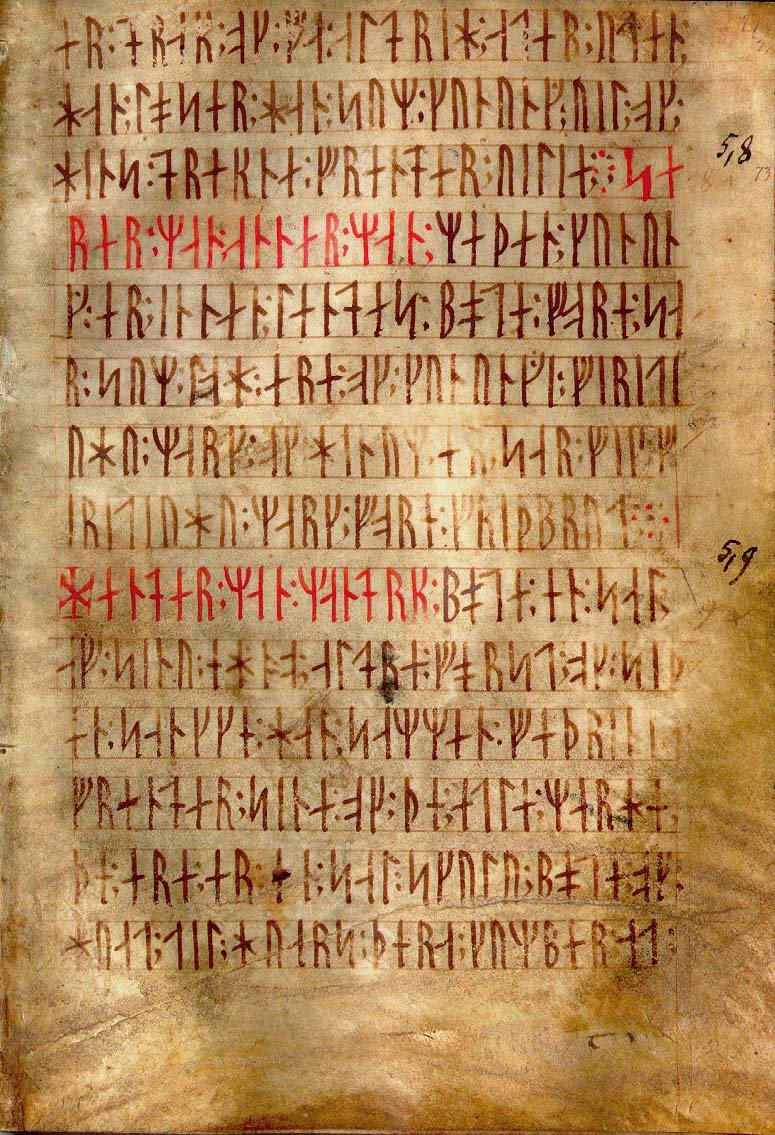 Codex Runicus, a vellum manuscript from approximately AD 1300 containing one of the oldest and best preserved texts of the Scanian Law, is written entirely in runes.

Rune masters were regarded as experts and trained in understanding and using runes to tell foretell the future and to cast spells. Rune masters held a high position in the Viking world and there are many stories of their great feats.

For example one ancient story exists of a women becoming seriously ill after the incorrect runes were carved on a whale bone and hung over her head. A rune master was summoned who corrects the runes which lead to the women’s recovery. There is another tale of a rune master putting protective runes on his drinking horn. The drinking horn breaks in two when a rival tries to kill him by pouring poison into it. The rune masters' knowledge of runes saved his life.

Rune casting was a method of divination. Rune casters were in most cases women. They would lay the runes facedown before them and pluck three to answer the question asked. Rune casters would also keep their runes in leather pouches from which they would dump the runes on the reading surface. The runes that landed face up were used during the reading.

Thousand of runic inscriptions, either on stones or artifacts have been found in many parts of the world where the Vikings set foot. Over 200 rune stones have been discovered in Denmark, and several thousand in Sweden, but only 40 in Norway.

In Scandinavia rune stones often record the names of participants in Viking expeditions and those who fought bravely in battles as warriors. One such example is the Kjula Runestone, located between the towns of Eskilstuna and Strängnäs. The runes stone is written in verse and tells of man called Spjót ("spear") who had taken part in extensive warfare in Western Europe. 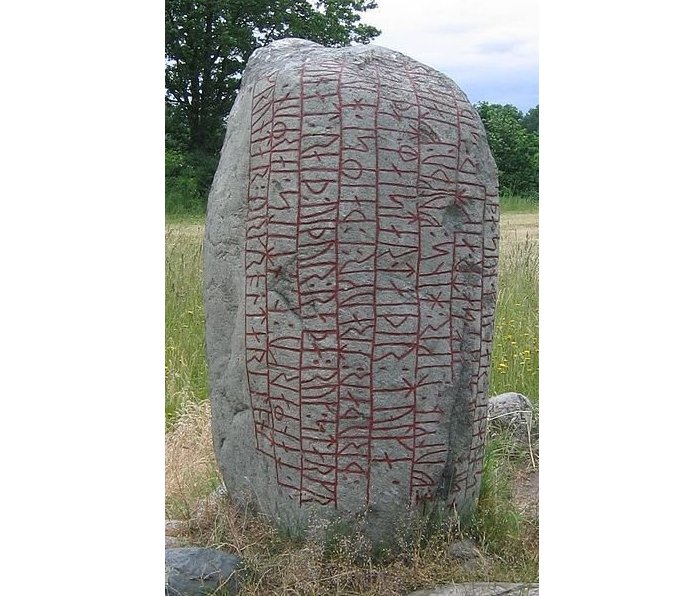 Another intriguing rune stone discovered in Norway honors "Gunnvor Thryrik's daughter, who built a bridge in memory of her daughter Astrid. She was the handiest girl in Hadeland." Some rune stones also celebrated the achievements of the living. In one example, Jarlabanki, builder of the famous Jarlabanki causeway in 11th-century Sweden, erected a group of rune stones to aggrandize himself for his contributions to the community. 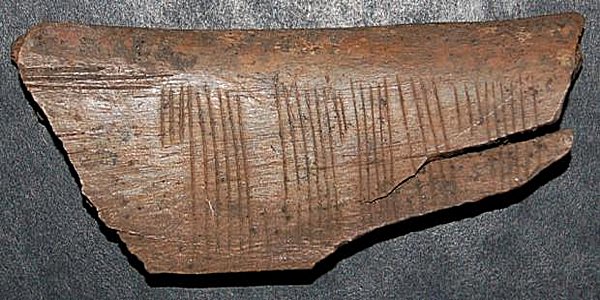 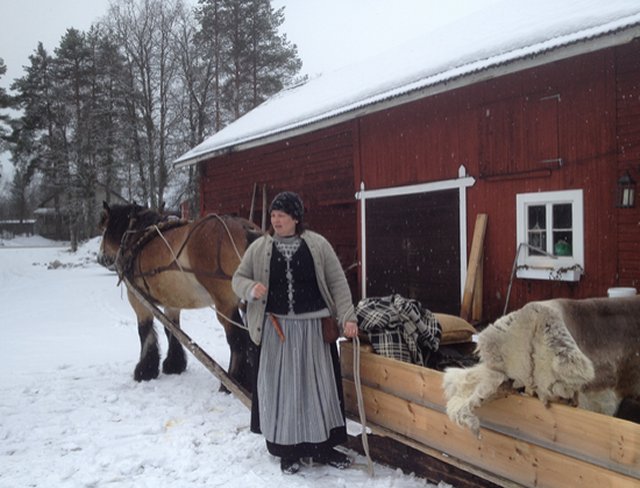