AncientPages.com - An impressive 2,700 year old farmhouse and a 1,500 year old church with colorful mosaics and inscriptions in it were uncovered in the excavations in Rosh Ha-Ayin,  the Israel Antiquities Authority spokesperson, informed.

The farmhouse  (30 × 50 meters had once 24 rooms constructed around a central courtyard and a large storage (silo) for grain storage. 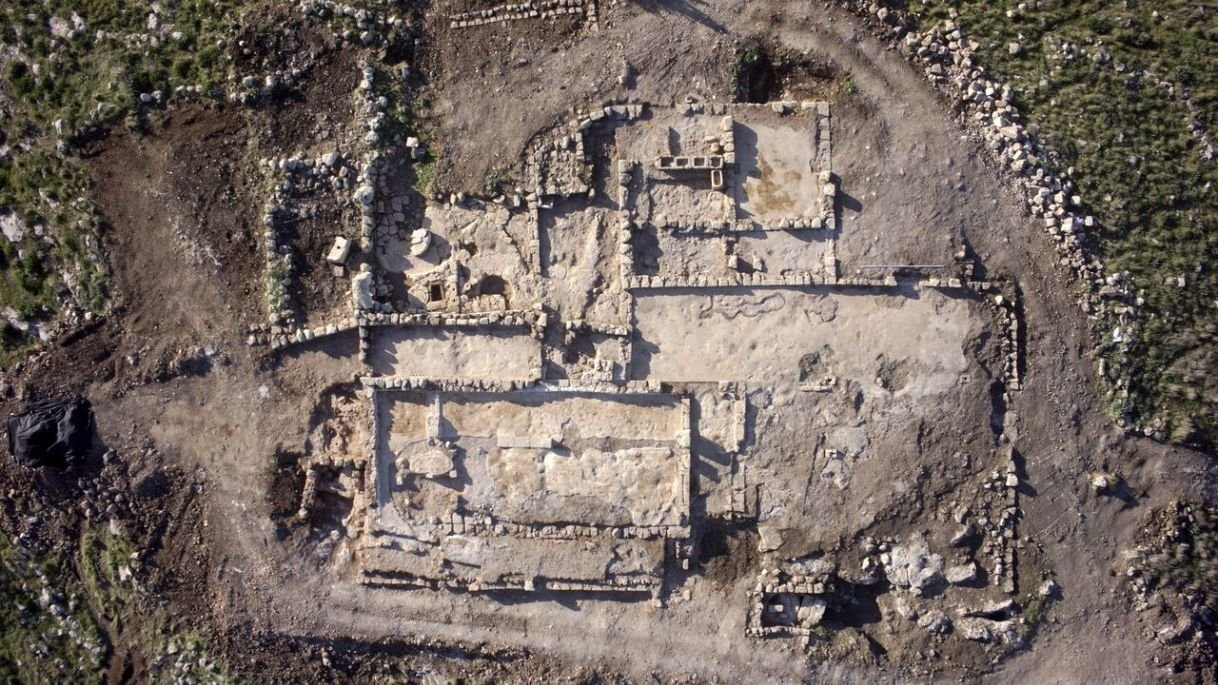 “It seems that carbohydrates were as popular then as now, and the growing and processing of grain were fairly widespread in the rural-agricultural region. This was corroborated by other discoveries in the field that included numerous millstones which were used to grind the grain into flour," Amit Shadman, excavation director on behalf of the Israel Antiquities Authority, said in a press release.

"In addition, we found simple rock-hewn oil presses used in the production of olive oil.”

Two silver coins, onebearing the likeness of the goddess Athena and the other depicts the Athenian owl. Credits: Israel Antiquities Authority

Among the other artifacts that were exposed in the farmhouse remains were two silver coins from the fourth century BC that bear the likenesses of the goddess Athena and the Athenian owl.

According to Shadman, this farmhouse and other similar ones operated for centuries until the region was abandoned in Hellenistic period. Many hundreds of years later, during the fifth century CE, another settlement wave, this being one Christian, arrived in the area and changed the landscape.

Another aerial view of the farmstead. Copyright: Griffin Aerial Photography

Among other things, the rapid spread of Christianity at that time is apparent as evidenced by the many impressive rural churches and monasteries that have been exposed.

A monastery dating to the Byzantine period was exposed on one of the hills in the area and included a church, an oil press, residential quarters and stables equipped with mangers and troughs, etc.

The floors of the church that was built in the monastery were made of colorful mosaics that included geometric and other designs. 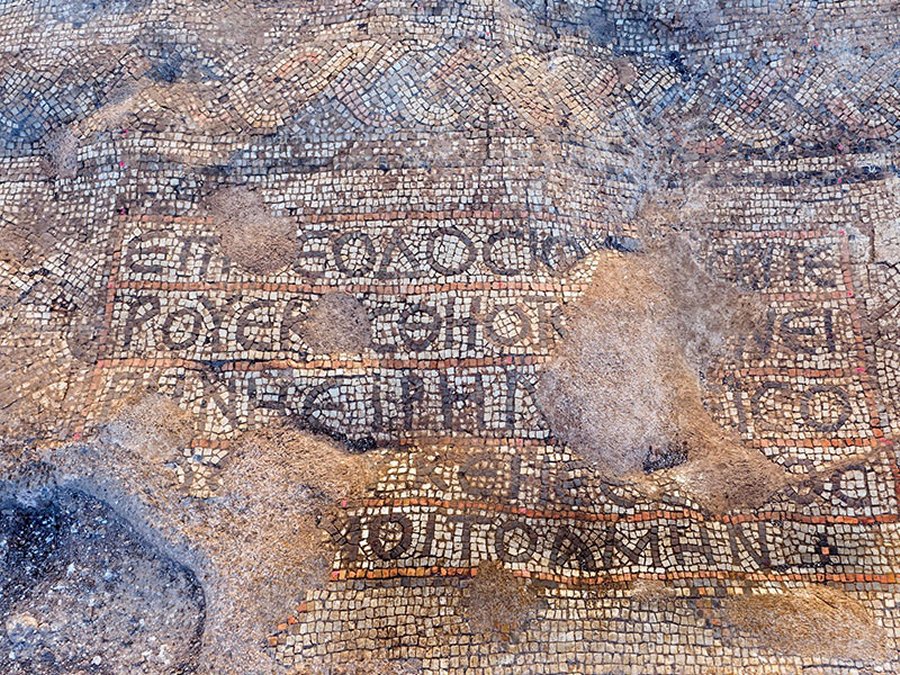 Detail of the mosaic discovered in the monastery. Photo: Assaf Peretz, courtesy of the Israel Antiquities Authority

In addition, a Greek inscription ascribed to a priest named Theodosius (a common name in the Byzantine period) was revealed in one of the mosaics:

Hundreds of years after the monastery ceased to function a lime kiln was established there in the Ottoman period, which destroyed large parts of the monastery.
Given the impressive finds uncovered in the excavations, it was decided that the ancient remains will be conserved in situ, and will be displayed in the communal areas of the new neighborhoods that will be open for the benefit of the public.
AncientPages.com
via Israel Ministry of Foreign Affairs
Israel Antiquities Authority
Tags:1500-year-old, 2700-Year-Old, Farmhouse, Monastery, Rosh Ha-Ayin, Uncovered