AncientPages.com - An inscription in Hebrew letters engraved on a large, 1,500-year-old marble slab, first of its kind to be found in Israel, was excavated in the Kursi Beach National Park on the east coast of the Sea of ​​Galilee, reports The Jewish Press.

The inscription confirms for the first time that the ancient settlement in the area was Jewish or Jewish-Christian. The common assumption has been for years that this was the location of the settlement of Kursi or “Land of the Gergesenes,” which is mentioned in Matthew 8:28. Now, that assumption has received significant support. 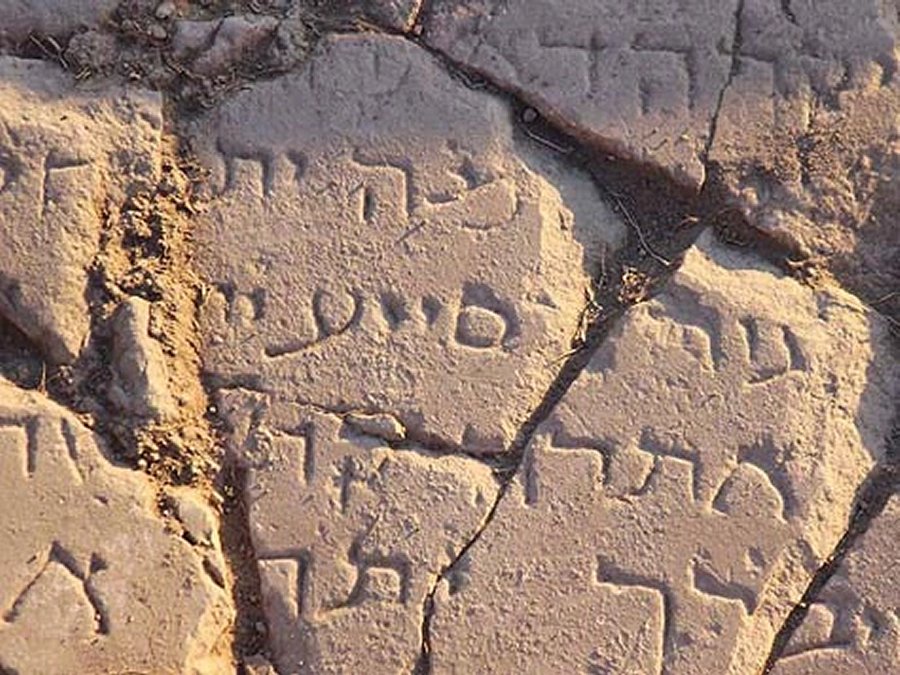 “This first evidence of the existence of a Jewish settlement strengthens the theory, which until now was considered folklore, that the settlement is Kursi.” Photo Credit: Courtesy Haifa University

Prof. Michal Artzi of the Institute for Maritime Studies at Haifa University said that “this first evidence of the existence of a Jewish settlement strengthens the theory, which until now was considered folklore, that the settlement is Kursi.” Artzi is the director of the excavation, along with Dr. Haim Cohen, in collaboration with the Israel Antiquities Authority and the Israel Nature and Parks Authority.

The existence of an ancient settlement at the site, on the northeastern coast of the Sea of ​​Galilee, was already known in the 1960s, when the remains of a large pier were discovered below sea level. Later, a short distance away, the remains of a city were found, whose main characteristics made it appear like a Byzantine Christian site. The entire complex became a national park in 1980, and was given the name Kursi, after a nearby Syrian village.

The sharp drop in the water level of the Sea of Galilee allowed researchers to return to the location of the breakwater, and after intensive work they realized that the ancient harbor is much bigger than they had thought, and may even be a separate settlement. They were surprised to find there a 59.05 by 27.6 inches marble tablet, with an Aramaic inscription in Hebrew letters. Two of the words on the tablet are “Aman” and “Marmaria.”

Apparently the Hebrew inscription was probably engraved in 500 CE, and according to the researchers, there was a Jewish settlement there which evolved into a mixed town.

Besides its testimony of the existence of the Jewish roots of the excavated settlement, the tablet is unique in other ways: it is the first of its kind found in Israel. Most inscription tablets of that period were made of mosaic; this is the first ever inscription on a slab of marble, specially commissioned from Greece. The inscription is at the entrance to an interior room in a building which probably was a synagogue.

“The inscription consists of eight lines, which means it is very detailed,” said Prof. Artzi. “Usually you won’t find so many words in Hebrew letters engraved in stone, so that the person to whom it was dedicated had to have had a huge impact on the local people. There is no comparable dedication in details and cost in all the archaeological discoveries found in Israel to date.”