AncientPages.com - A team of archaeologists from University of Leicester Archaeological Services (ULAS) have found evidence of Roman and medieval domestic life in Leicester.

Archaeologists have completed the excavation of a series of ancient backyards dating from the 12th century through to the 16th century. 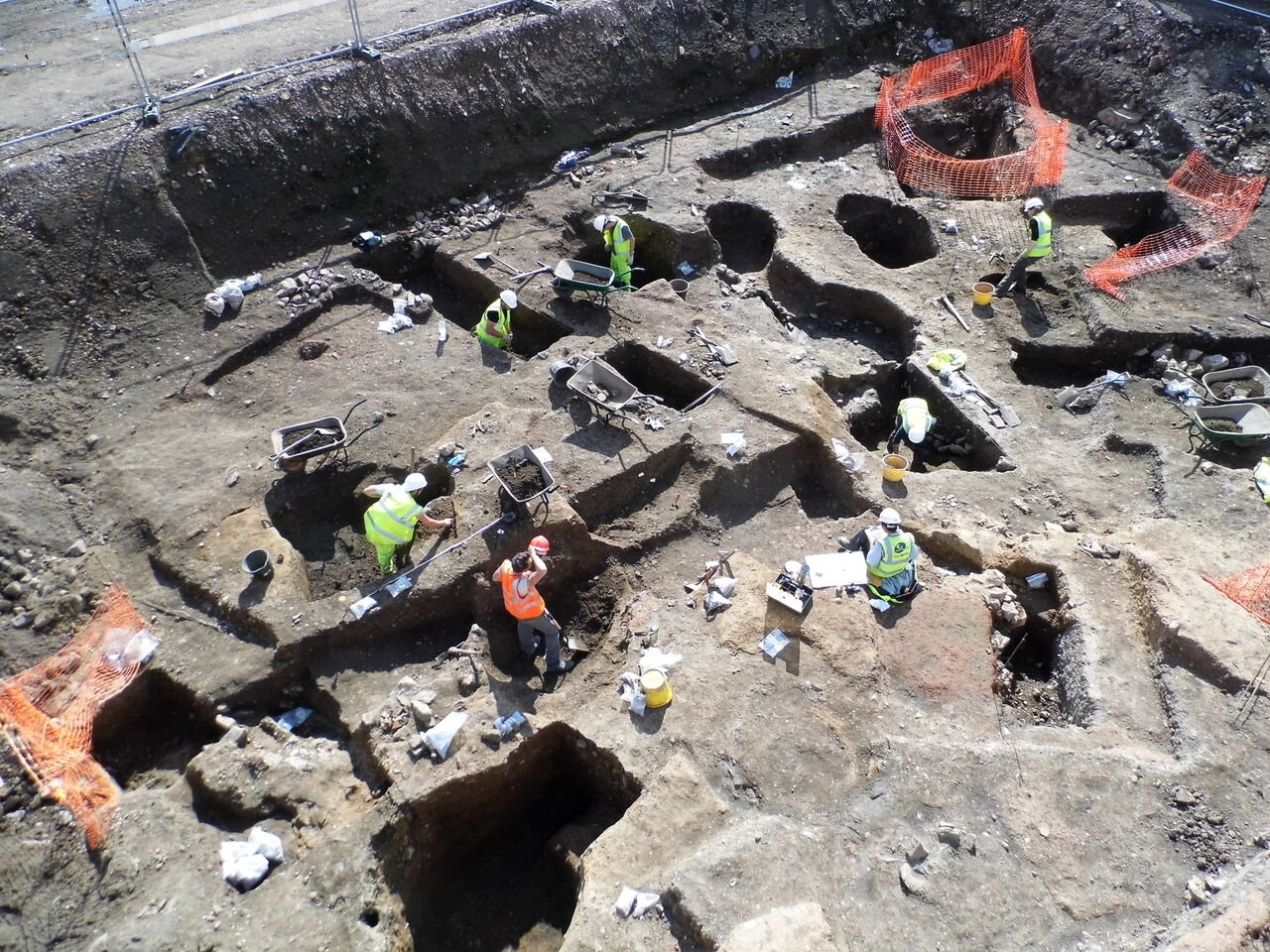 Archaeologists excavate large areas of medieval and post-medieval pitting in the backyards of properties running along Southgates. Credit: University of Leicester

The areas are likely to be associated with densely packed houses and shops which would have once fronted onto the important medieval street of Southgates.

The archaeological site is located at the heart of Leicester’s historic core, close to significant Roman and medieval sites such as the Roman forum and the Jewry Wall Roman public baths as well as the site of Grey Friars, the medieval Franciscan friary where the remains of King Richard III (d.1485) were discovered by University archaeologists in 2012. 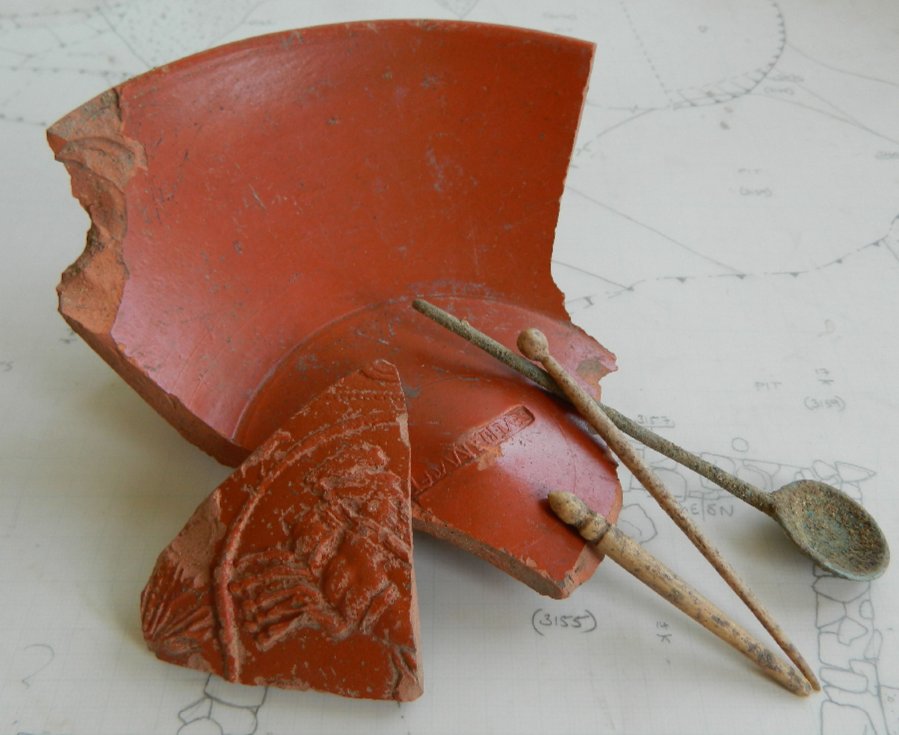 Some of the Roman artefacts discovered during the excavation – fine Samian table wares, bone hairpins and a copper spoon. Credits: University of Leicester 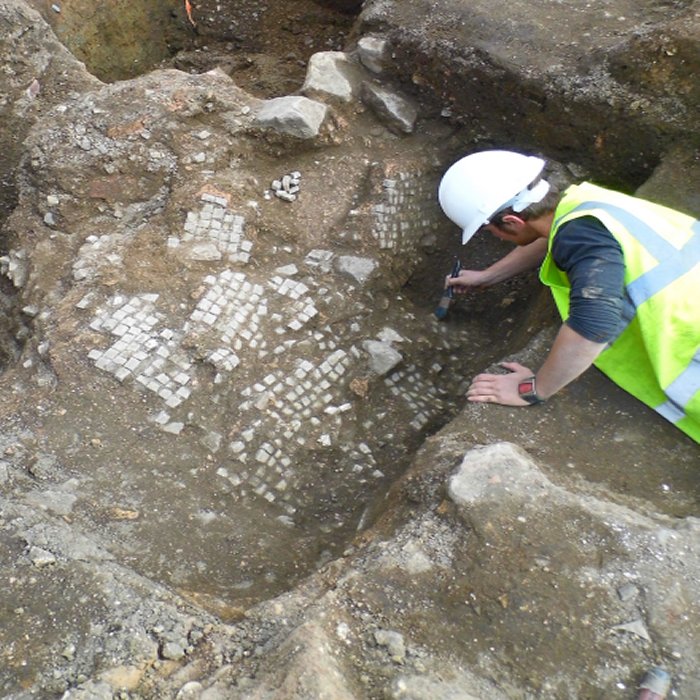 The remains of a Roman mosaic pavement is carefully uncovered. After the building was demolished, the pavement has broken and collapsed down into one of the empty foundation trenches. Credit: University of Leicester

Among many artifacts are coins, fine table ware, a copper spoon, game counters, a number of bone hair pins and other pieces of jewellery.

This suggests that Roman activity in the area was predominately domestic in nature with some industrial activity going on in the vicinity in the later Roman period.

Archaeologists have found an important evidence that will give important new insights into the lifestyles and industry of the people living along one of Leicester’s principal medieval streets.