AncientPages.com - Prehistoric rock paintings have been discovered near Kadiri of Anantapur district of Andhra Pradesh.

The rock, locally known as Rukalagundu in Kadiri mandal, was found to have prehistoric paintings dated to Mesolithic times.

Dr E. Siva Nagireddy, CEO of The Cultural Centre of Vijayawada, and his team, during investigations in Anantapur district following information given by one Mr P. Anjanappa Naidu, a resident of Potulavandlapalli in Kadiri Mandal, discovered the rock paintings. 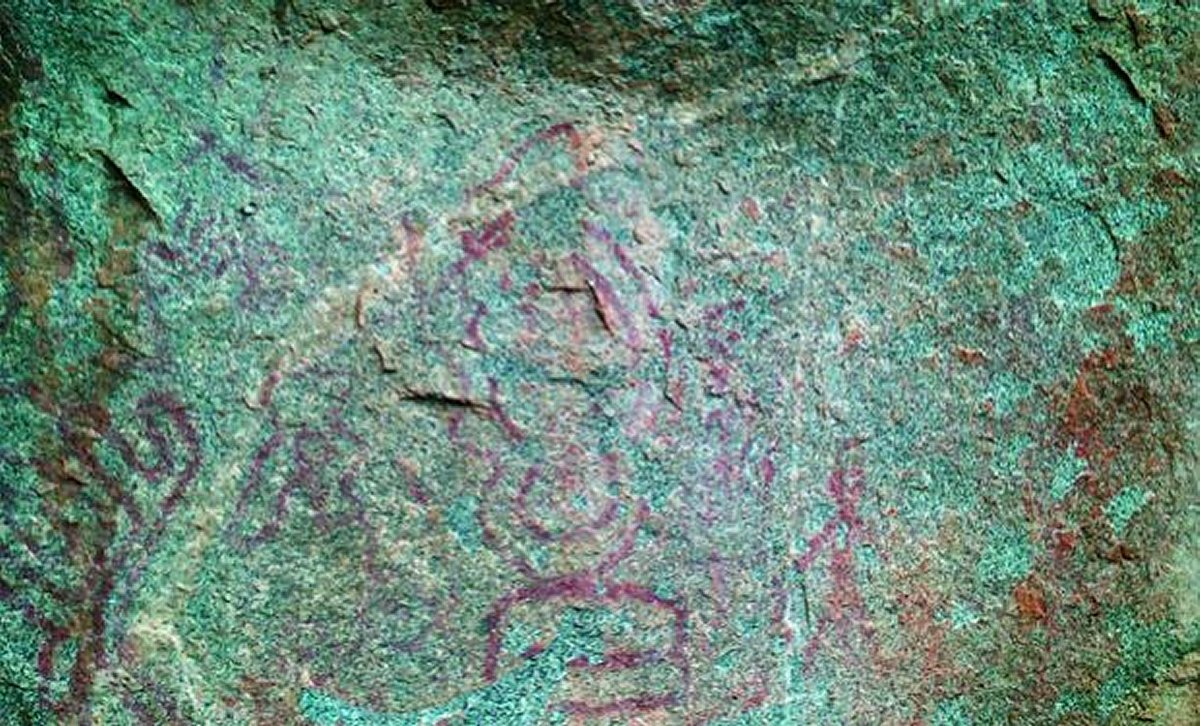 “We have noticed a few rock paintings which include a lizard, men dancing, hunting tools and geometrical designs, all executed in red ochre, at Rukalabanda, a small hillock located three kms from the village towards the east,” Mr Reddy said.

“The rock art is datable to the period between 10000 – 8000 BC. This is based on earlier finds of similar technique and typology at Velpumadugu and Budagavi in Uravakonda mandal and Tenakal and Enugugavi in Kalyandurg mandal by Dr N. Chandramouli, a specialist in South Indian rock art,” said Mr. Reddy.

Mr Anjappa Naidu, along with one Mr Mohammed Rafi, who are enthusiastic about historic remains, were the first to spot these paintings.

“The hill rock on which the paintings are located is called Rukalagundu because locals use to pay their taxes in cash called Rukas during the British regime, where until recently, village fares were conducted,” Mr Anjanappa Naidu said.