A. Sutherland - AncientPages.com - The ancient stone chambers in the Putman County, NY remain a controversy. There are researchers who are convinced that these chambers were built by ancient European explorers, possibly Celts, who sailed to the New World centuries before Columbus. 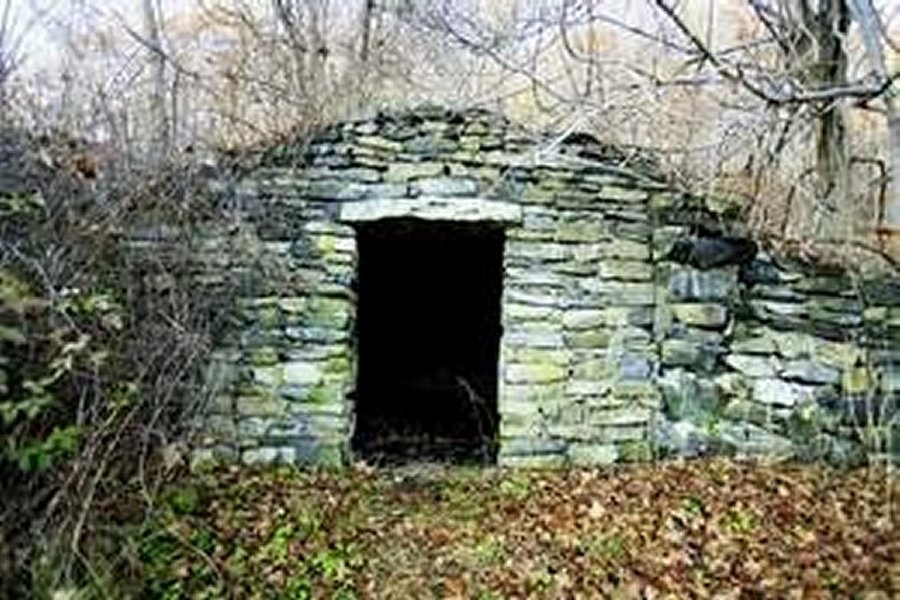 Who were the builders of the mysterious Putnam stone chambers?

The unknown energy force that surrounds the Ninham Mountain is also very interesting. Strange flashes have been seen in the area and ancient legends tell the peak of the mountain was once a gateway to another world.

Ninham Mountain - the highest point in the county, in Putnam County - is one of places that baffle experts. It is located just outside of Carmel, New York. Its mighty peak rises over 1,600 feet above sea level. There is a countless number of ordinary mountain peaks in the four corners of the globe, but Ninham Mountain is not one of them.

It is a mysterious place associated with strange encounters, bizzare interdimensional experiences and lights of unknown origin circling above the mountain top. People have talked about this place for years and Indian legends confirm the sacred status of Ninham Mountain.

The inhabitants of Putnam County witnessed mysterious lights and the question is: what is the nature of strange lights that appear in large clusters just above the mountain? 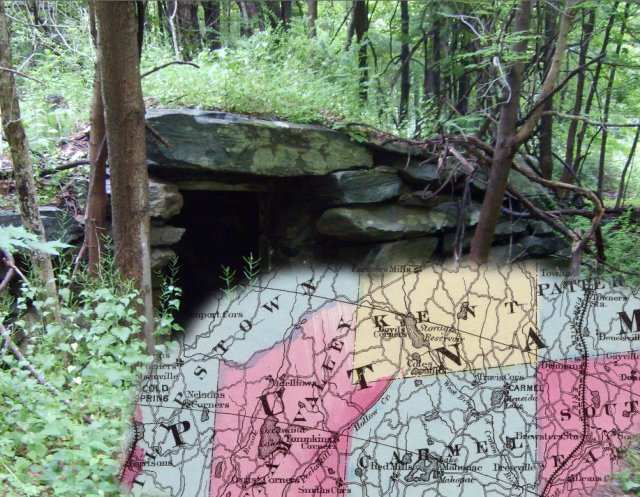 A paranormal researcher, Phil Imbrogno spent more than ten years in the region of Nimham Mountain, studying the chambers of Putnam. Walking through the woods, he encountered flashes of light that looked like the light of a camera flash.

These flashes, as bright as typical lightning flashes, did not seem to radiate from one particular point, but rather appeared to come from all directions.

Could they be some kind of plasma or electrical discharge?

Another witness saw globes of very bright, colorful lights circling the summit. The globes have been observed on a permanent basis for years. Similar phenomenon was already reported by local residents about one hundred years ago.

Ninham Mountain was formed about 125 million years ago and its history is long. No one will ever know how much accumulated energy is stored at Ninham and surrounding area.

Some centuries ago, strong and brave Indians of the Wappinger tribe lived close to the mountain that was named after Daniel Ninham, the last great chief of the Wappingers. Although they are gone now, there are still a few people living in Putnam County who may remember some of the old history of Mt. Ninham. The Wappinger Indians held it sacred because they believed that at the peak of the mountain was a gateway to another world. 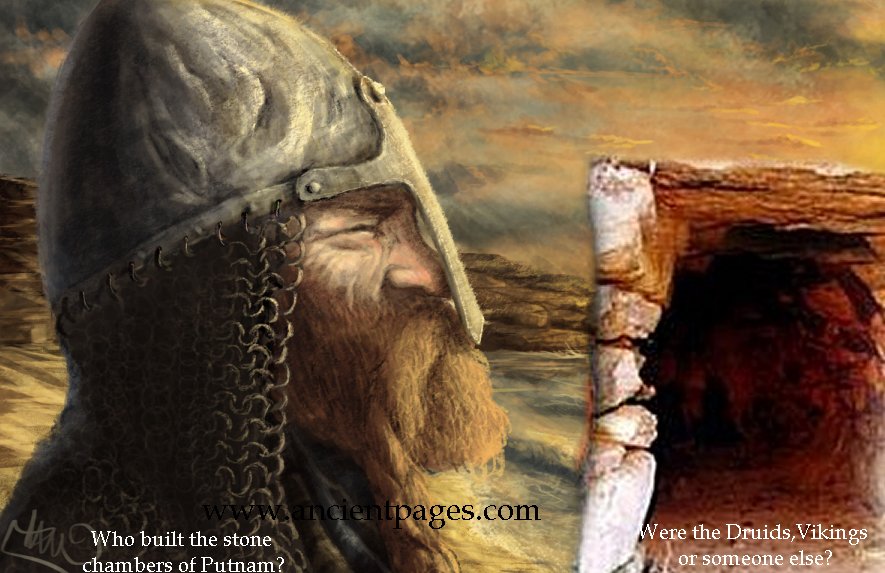 Long time ago, as an old Indian legend says, the people lived at the base of the mountain. They knew about the stone chambers but only a few could enter them. Even today, the spirits are present there but they are not as strong as they were centuries ago.

Yet another Indian legend goes further back in time and says that strangers came from across the sea from the direction of the rising sun. The ships came and they were very long.

These men had red beards and their eyes were of the sky. They were large and had fur on their bodies and horns out of their heads. They began to build the stone huts we call today the chambers. The large stones were moved by spirit power with a great wind. At night they lighted great fires and circled the stones.

Then spirits would appear. The Indians considered the strangers to be the messengers of the Great Spirit. One day, they were gone, but the people still held Mt. Ninham sacred.

There are more than 200 stone chambers scattered over Putnam Valley. The chambers are some type of temples constructed as far back as 4,000 years ago, according to Imbrogno, but debate over their origin has never ended.

Who were the true builders of the stone chambers? Did the Vikings or the Druids - whose true origin is shrouded in mystery - create them to mark special sites of natural power?

Mr. Brech, the Hudson Valley coordinator for the New England Antiquities Research Association, is convinced that stone structures like this one were built by ancient European explorers, possibly Celts, who sailed to the New World centuries before Columbus. 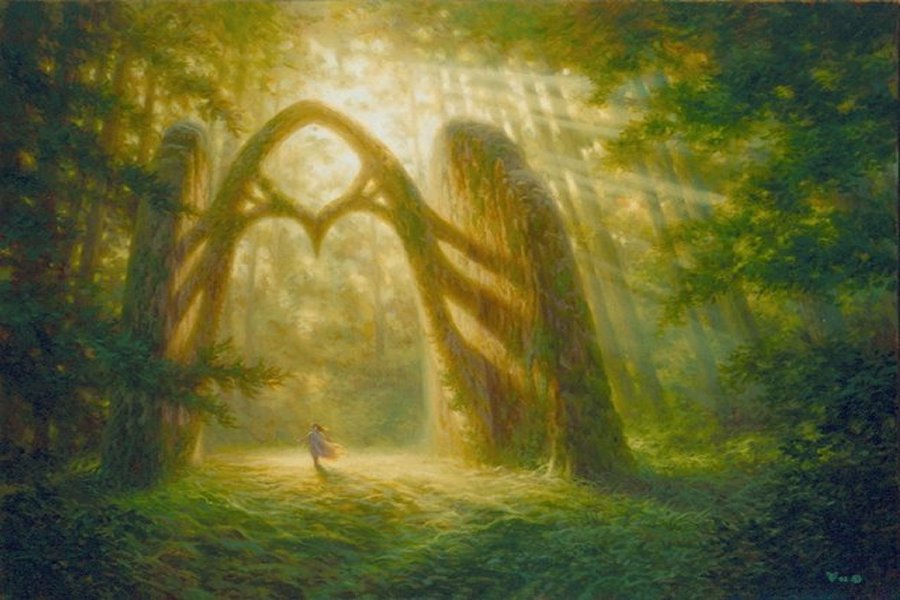 Critics dismiss these theories as based more on imagination than evidence, and locals have long considered these structures the handiwork of 18th-century farmers who they say built them to store meat, dairy products and vegetables on farms that have since gone back to forest.

But Mr. Brech calls it preposterous that some farmer would -- or could -- haul multi-ton slabs of granite just to make a shed. ''You don't need to go to these lengths for a storage space,'' he said. ''You'd only do something like this for religious purposes.''

It should be added that many of these chambers are aligned with equinox and solstice sunrises. Astronomy played an important part in the lives of the chambers' builders.

Similar stone structures exist in Connecticut, Vermont and New Hampshire, where the strange rock formations on Mystery Hill are a tourist attraction called America's Stonehenge because of the claim that ancient Celts built them during a long visit some 2,000 years ago.

But curiously, the highest concentration of them lies in Putnam County. They have long mystified local history buffs and archaeologists, and spawned a proliferation of theories about explorers (ancient Celts or Irish monks, Libyan sailors, Iberian adventurers or Phoenician traders) being lured by Putnam's rich iron reserves, and hypothetical uses of the chambers: Viking dwellings, Celtic cathedrals, Indian burial tombs, runaway slave hideouts and witches' hovels.

First version of this article was originally published on July 12, 2015