Sillustani, a site about 35 miles from the shore city of Puno, is a pre-Incan site that consists of a group of the most impressive huge, cylindrical towers called “Chullpa.

These mysterious ancient burial towers were built by the Colla people who used brick-like rectangular edges, in contrast with the Inca who used stones of varying shapes. 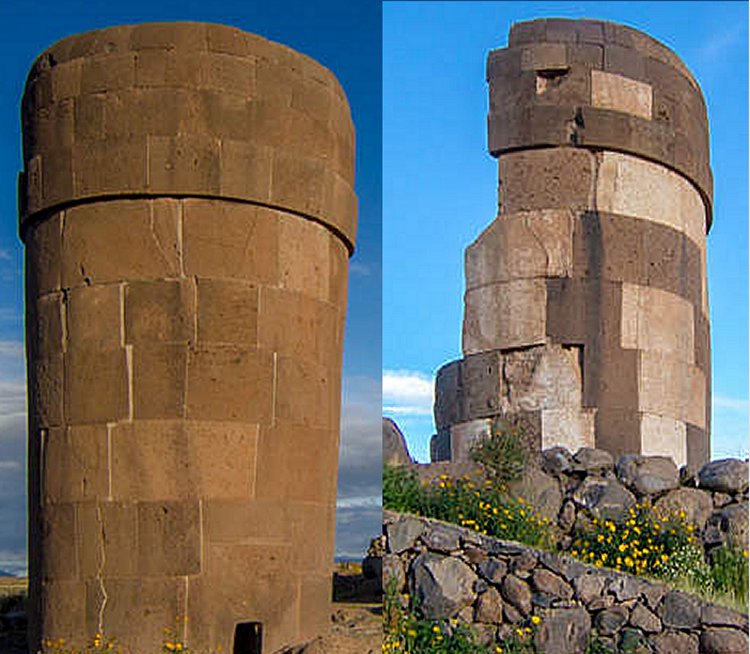 Sillustani Tombs – High Plains, Peru are set on a hill above Lake Umayo and were used as graves for Colla nobility.

The Colla, who were later incorporated into the Inca empire, constructed the towers to bury their nobility. The carefully carved stones are adorned with complicated carvings, some of which project out from the surface of the piece.

It is important to also note that the openings in the tombs face east, where it was believed that the sun was reborn by "Pachamama," or Mother Earth, each day.

At one end of the hill stands the tallest of the towers at 40 feet (12 m). From here you can enjoy views of Puno; on the other side it's possible to see smaller towers set against the backdrop of Lake Umayo.

Unfortunately, many of the tombs have been pillaged by grave robbers, while others were left unfinished by the original builders.