Previously unknown rock paintings, covering rock shelters in the Kondoa district in central Tanzania, have been discovered by Maciej Grzelczyck, archaeologist from A. Mickiewicz University in Poznań, Poland and winner of the Ministry of Science programme "Diamond Grant".
Grzelczyck also started an intensive ethnological research project, through which he hopes to understand the importance of the discovered paintings. 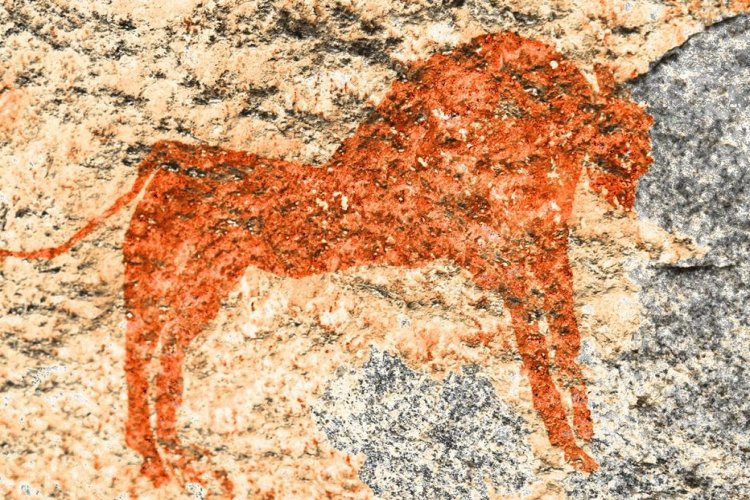 Kondoa district is famous for its large number of rock paintings made over thousands of years. However, only a selected area is on the UNESCO World Heritage List.

Kondoa reserve area was established on the basis of Mary Leakey’s research, conducted in the 50s. Leakey and her family are known primarily for searching for the first hominids in the near Olduvai Gorge.

During last year's expedition,  Grzelczyck made a nearly complete photographic catalog of these old paintings and began  exploration of the Kwa Mtoro area, about 80 km away from the area protected by UNESCO 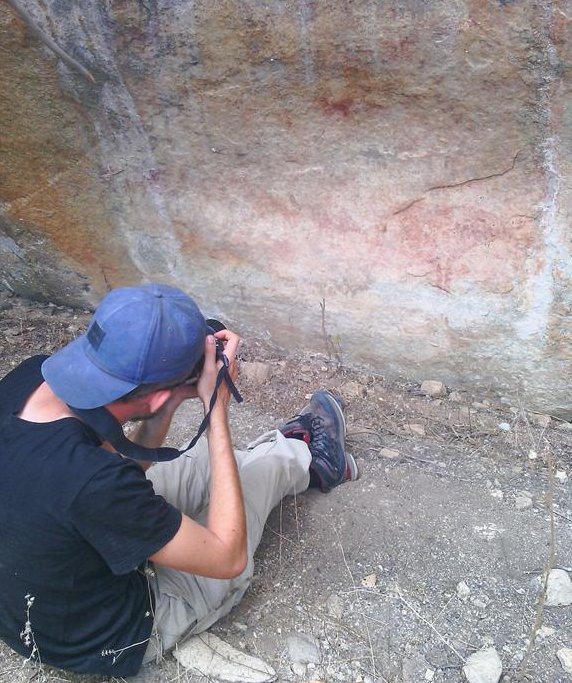 "I wanted to know the meaning of cave paintings for the local communities" - Grzelczyck said .

"In the case of the most famous Paleolithic rock art in France, for example in Lascaux, we do not have anyone to ask about their meaning. The culture, which created them, is long gone. Here it is different" - he explained.

The area of Kwa Mtoro is inhabited by several thousand Sandawe people, who believe that the paintings were left by their ancestors, and they are the "signs of ancestors".

The most recent comprehensive ethnological and art rock study was performed by Australian scientist Ten Raa almost half a century ago and recently Grzelczyck discovered previously unknown rock paintings.

"The perception of paintings by Sandawe can be described as sacred ancient photographs- if a lion is depicted, they believe it means that lions once lived in this region. Others are interpreted as part of hunting magic and rituals associated with fertility and rain" , he explained.

The scientist noted that this is the last call for comprehensive study of the Sandawe. This community still lives the same way as before the millennia. They do not have access to electricity, running water.

They live in lightweight structures built from plants. "Inexorably, however, civilization enters and thus disappears the knowledge of the past, ancient rituals, traditions and the meaning of cave paintings" - said the researcher.

According to Grzelczyck, local shaman is responsible for each of the paintings. A visit to the rock shelter must always be with his presence - so it was during the scientist’s visits. At the hillock, the shaman every time celebrated rituals whose purpose was to make the paintings become visible. According to local beliefs, without rituals they would show on the rocks. After reaching the paintings, shaman watered them - explaining that this way he feeds the ancestors. 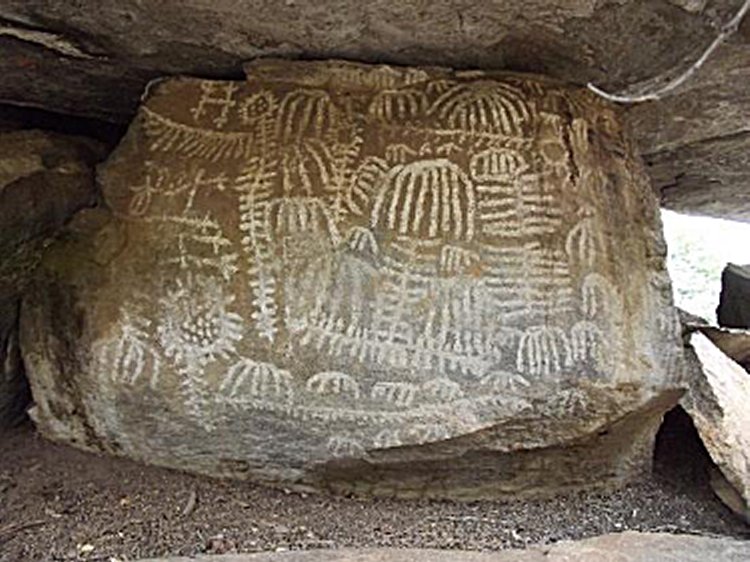 Kondoa area is not yet known but it is estimated that there are between 150 and 450 decorated rock shelters, caves and overhanging cliff faces.

Another interesting part of Grzelczyck's research confirms that some of the paintings depicted the Simbo ritual - those depicting a man wielding a horn. The ritual involves contancting the ancestors under the influence of psychoactive substances, introducing a trance.

However, none of the elements of ritual is performed near the paintings.

"I realized that focusing on rock art itself does not make sense. In contrast, multi-faceted research is crucial, especially ethnological studies finding numerous links between the still existing culture and the paintings. This way, the results are complete" - he added. 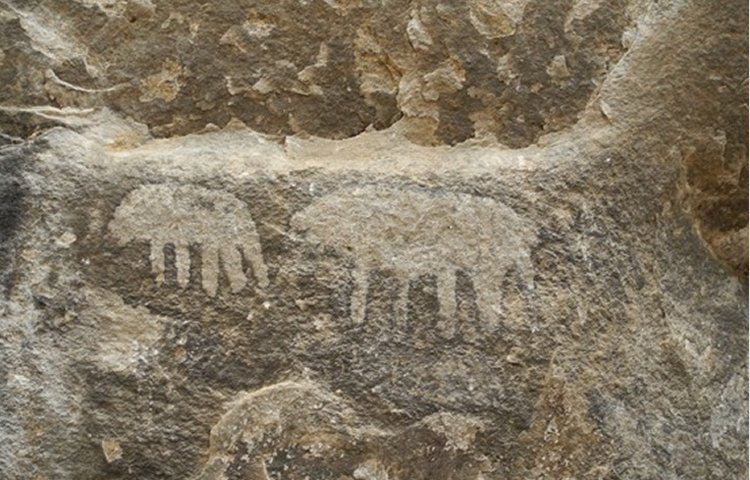 Interestingly, the archaeologist discovered unknown paintings in places well-known to scientists. "In principle, it does not matter whether the site with rock art had already been known or not. Even those visited earlier by the researchers hid their secrets to this day. It turns out that thanks to digital processing technology, many of the paintings can be seen only on a computer screen - thanks to image processing I was able to verify the findings of other researchers" - added Grzelczyck.

The archaeologist’s findings are surprising. It turned out that many of the paintings are more complex than previously thought. They contain additional human and animal figures.

Among the most interesting is a large painting of a giraffe, within the silhouette of which a number of smaller animals had been painted. There are also animals that currently exist do not in this area - lions, rhinos; as well as numerous paintings of antelopes.

Unfortunately, modern graffiti increasingly appears on the ancient paintings, which this way are destroyed and forgotten. Archaeologist would like to carry out excavations around selected rock shelters. However, permission for research costs 40 thousand dollars, which exceeds his budget. This high rate is due to the proximity of the Great Rift Valley, where for years the Western archaeologists have been looking for ancestors of man.