AncientPages.com - Victory Tower (Vijaya Stambh) is one of many masterworks of India's architecture. It is located at Chittorgarh fort, in Rajasthan state, India.

The tower is dedicated to the most popular god of Hinduism, Lord Vishnu, considered to be the God of the world. 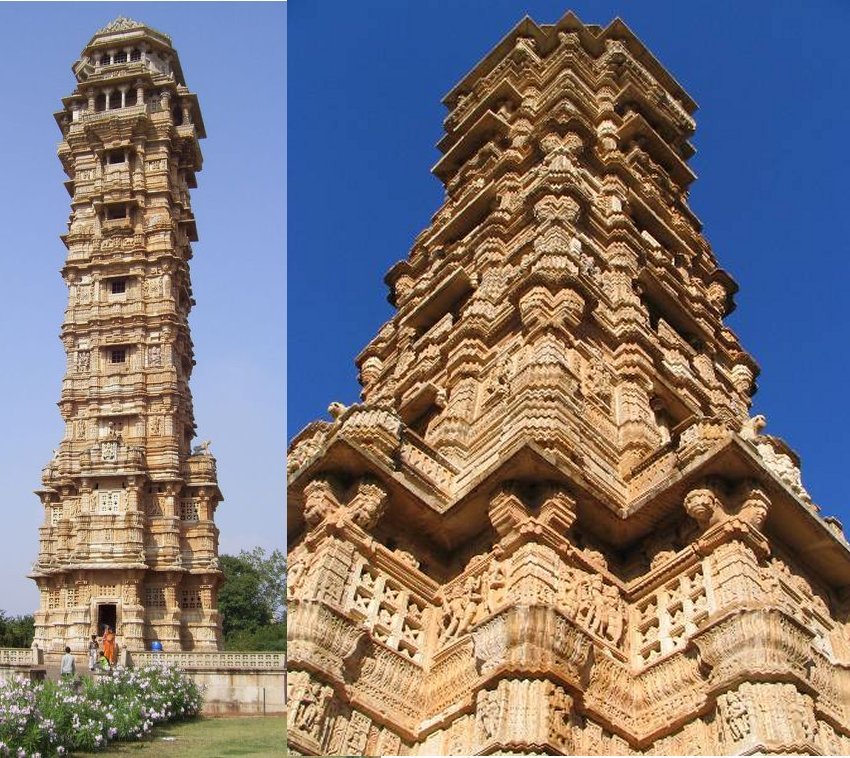 This exemplary work of India's craftsmen was built partly of red sandstone and partly of white marble. It has 9 floors and its impressive height is 37 meters. It stands on a pedestal 10 feet (3.0 m) high. Each of the nine floors has opening and balconies that face each story that are depicted on them.

The interior spiral staircase goes through the central chamber and gallery. It is the best example of Rajaput style architecture.

The most amazing thing is, the victory tower is visible from any area of Chittorgarh city. For reaching at top floor, there are 157 narrow stairs.

The tower is decorated with images of Hindu Gods and Goddesses.  Although the Chittorgarh fort comprises of a lot of temples and palaces the Tower of Victory holds a special importance.

The murals of tower are adorned with sculptures of Hindu divine gods and goddesses and well depicted images from the familiar Ramayana and Mahabharata epics. The building's interior is also carved. The Tower of Victory is without a doubt regarded as the finest example of the Rajputana style of art and architecture showing highly decorative and beautifully carved elements.

As the name suggests, it was built to commemorate the matchless bravery shown by Rajput Kings of that time. It was Rana Kumbha (ruled 1433-68) in 1440 AD who pioneered the tower to rejoice his victory over Mahmud Khilji of Malwa, the Muslim ruler of Delhi.