A. Sutherland - AncientPages.com - Which of the gods' divine weapons is the best and most powerful? There were quite a lot of them, as we learn from the myths, legends and sacred books.

In fact, these weapons influenced and affected the humans' past and maybe one day they will affect the fate of humanity.

In this top list we present ten powerful weapons of the gods. 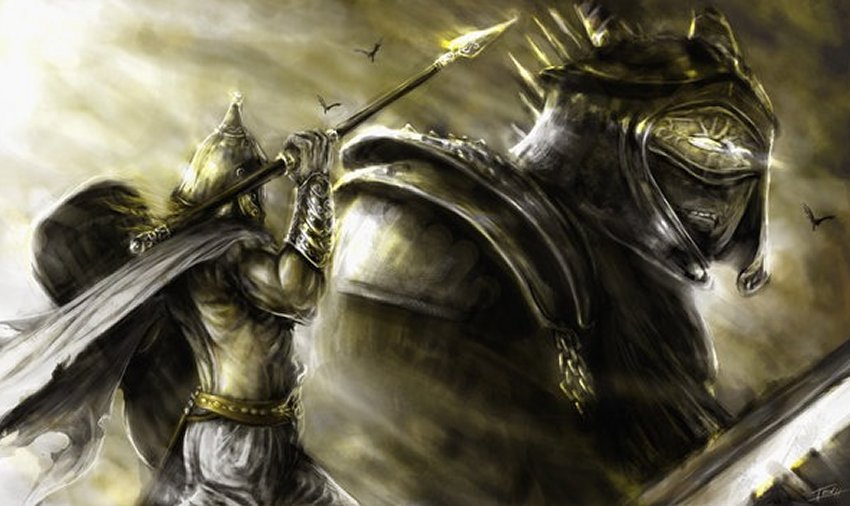 One of the leaders of the Fomore was the giant Balor, capable to send a powerful beam ("flux of energy") across the channel between Tory Island and Ireland, to blast his enemies. Based on descriptions, it was rather a machine than a living creature.

Also the Fomore were most probably machines with "eyes" that cast out a powerful beam that turned enemies into ashes. Moreover, his only eye could blast a whole army when he opened the seven eyelids protecting it. 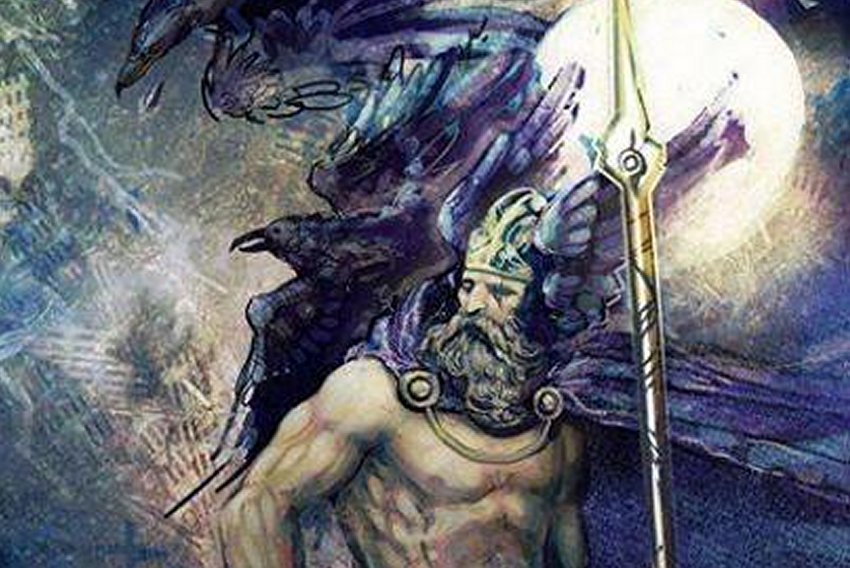 It was also called the "Invincible Spear" or the "Spear of Victory" and it had properties similar to the Sword of Nuada - when thrown, it momentarily hit its target.
The spear was blazingly hot, and it became hotter the longer it was used. It was stored in a vat of water at night to keep it from catching fire and scorching the earth.

Lugh of the Long Arms (sometimes, "Long Hands" or even "Artful Hands") was the Celtic sun god who possessed this weapon. The name Lugh means "light" or "bright." 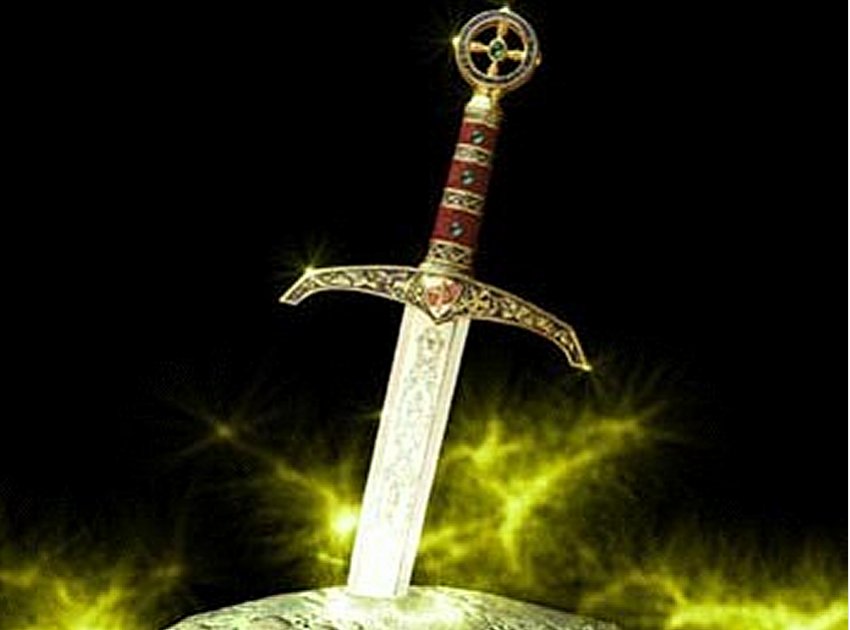 King Arthur's "Excalibur" is probably the most legendary sword ever. It has certain magical attributes and an unbelievable legend is related to it.

Legends says that there was once a sword that someone stuck into a rock claiming that only the true King of Britain would be able to remove the sword from the rock.

Many strong men tried in vain to remove the sword but failed, until one day Arthur came and raised the sword and therefore obtained the throne.

When King Arthur raised "Excalibur", the legend says it was so bright that the enemies of the king were simply blinded.

The sword also has some powers of its own: the person who uses it cannot die due to a hemorrhage as a result of wounds received in battle. In Welsh, "Excalibur" is known as Caledfwlch. 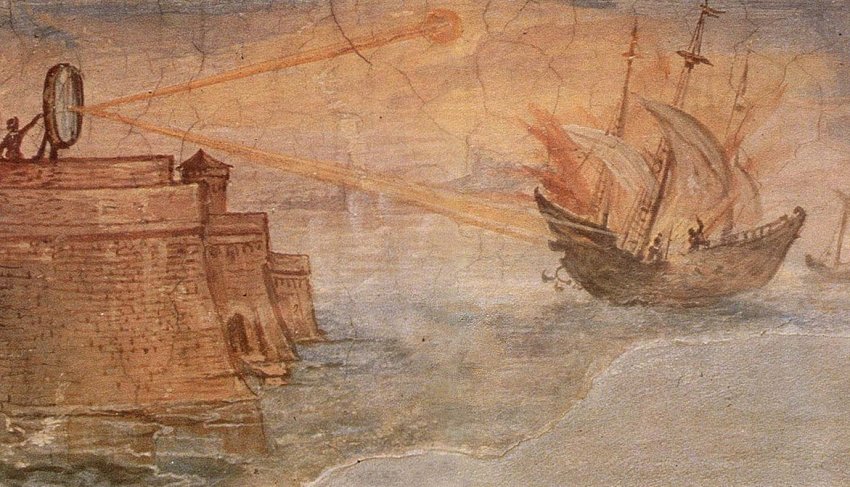 Is it possible that death rays were used in ancient times? Can we find any traces that could offer evidence our ancestors were familiar with deadly high-tech weapons?

We begin our journey in ancient Greece where we encounter an intriguing description of how the Greek mathematician and scientist Archimedes, born in 287 B.C. , created a weapon that was based on technology and ideas far ahead of his time.

Probably the most famous ancient death ray was the one that was built by the Greek inventor Archimedes. 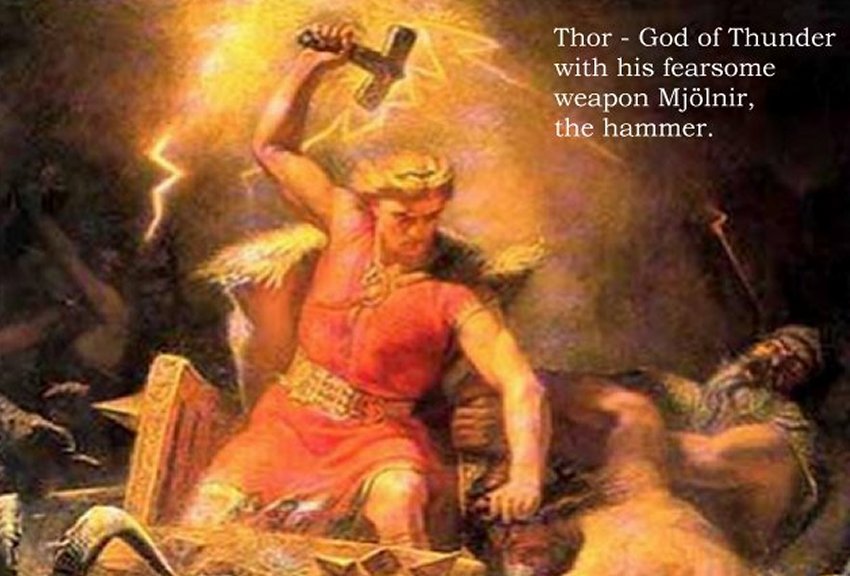 Thor was renowned as the strongest, most warlike of the gods, hero of the Vikings. More than any other God, Thor was identified with thunder and lightning. His mighty hammer, returned to his hand each time he threw it. Thor's powerful weapon was said to be created by two dwarfs named Brok and Eitiri, who made many magical objects for the gods.
Before wielding his hammer, Thor was obliged to put on his iron gloves and a mysterious belt that would double his strength. 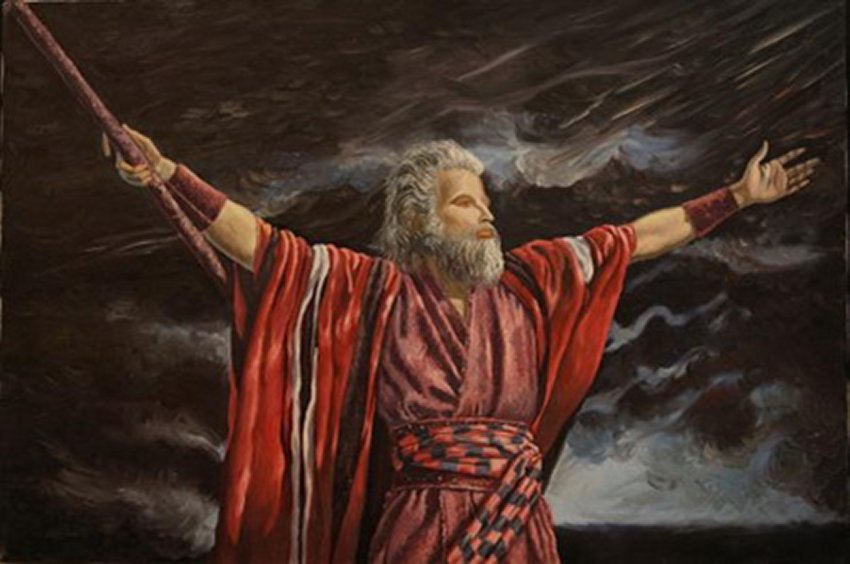 The miraculous rod of Moses was the means of destroying the descendants of the giants. Moses, by striking the rock with his miraculous rod, caused water to gush out to satisfy the raging thirst of the Israelites.

Zeus, the most powerful god of Olympian gods was the Master of Thunderbolt. He possessed a formidable weapon in form of a handgun launching a death ray, which he received from the masters of lightning - the Cyclops. 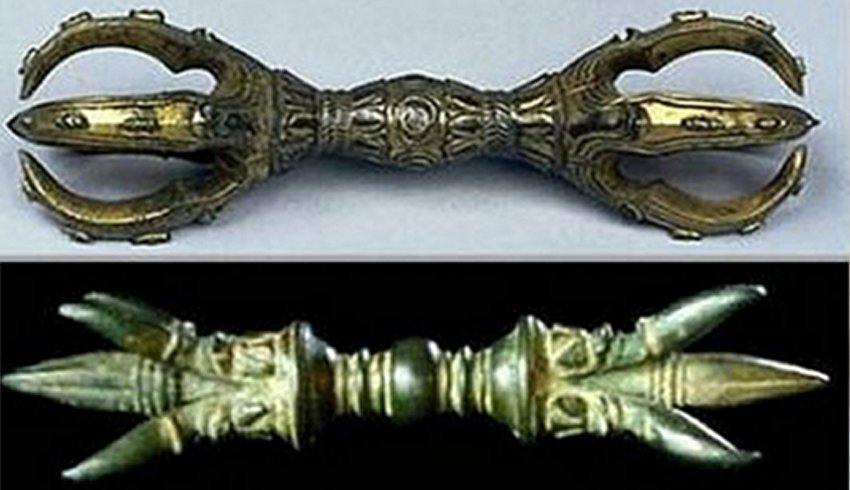 An unknown, terrible and powerful ancient weapon could have contributed to the collapse of one or several advanced technologically civilizations that existed in the distant past.

Could it be that the mysterious and terrible vajra - a powerful thunderbolt throwing light - was one of such unbelievable weapons? Essentially vajra is an indestructible substance, usually represented by diamond.

Indra - most important among the Indo-Aryan gods, the leader of the Devas and the lord of Svargaloka or heaven in Hinduism, is frequently portrayed wielding a powerful thunderbolt - vajra that could not only destroy the enemy in attacking flying machine, but it also had the ability to cause rain and thus, it was a symbol of fertility. 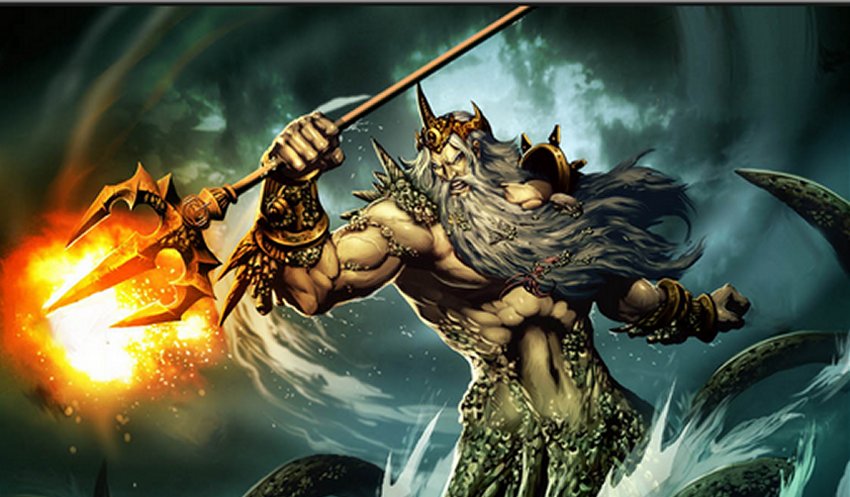 According to Greek legends, Poseidon - who could cause storms and earthquakes, drown lands, shatter rocks and finally bring back peacefulness - possessed a magical trident.

His divine weapon that could shake the earth was created by the Cyclops, the giants skillful in metallurgy.
The same trident - ('trishula' Sanskrit for "triple-spear") was also the weapon of Shiva, the destroyer, the most powerful god of the Hindu pantheon and one of the godheads in the Hindu Trinity. 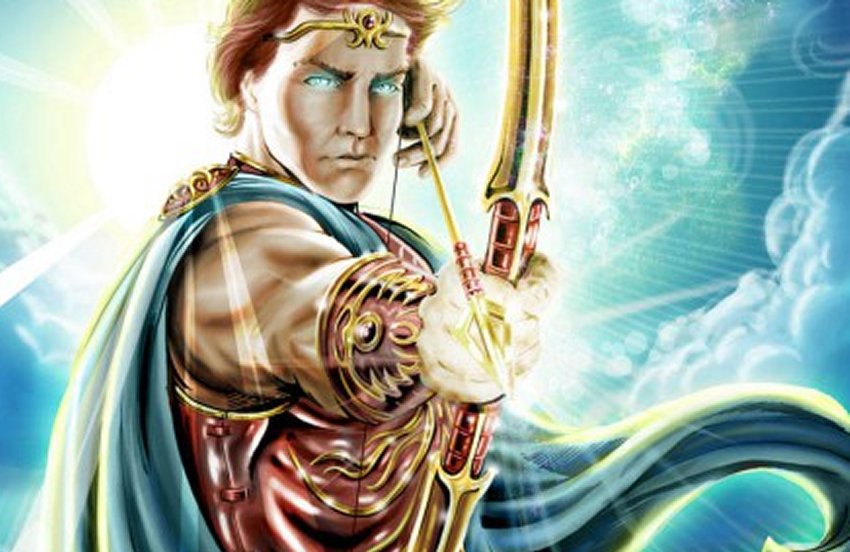 In Homer's poems, Apollo is often called "the one who sent the arrow far", with reference to his bow and arrows, which commonly accompanied him.

Apollo's weapon was the bow, which shot powerful darts of sunlight to either heal or slay. These were not exactly thunderbolts, but rather projectile light-forms of similar character.
His bow had the power to spread plague and pestilence, like the one that erupted in the Greek camp during the siege of Troy. As a punishing god, Apollo often sent his arrows into the world, which were assigned with sudden and unexpected deaths.

In ancient Greece, this was considered by far one of the most feared of the mythological weapons of the gods.