Ellen Lloyd - Ancient Pages.com - Hidden from public view for hundred of years, this ancient and priceless manuscript contains chilling predictions of the future.

These prophecies reveal a number of catastrophic events, the arrival of the third Anti-Christ, the end of the Catholic Church and the final days of this era, a doomsday date. 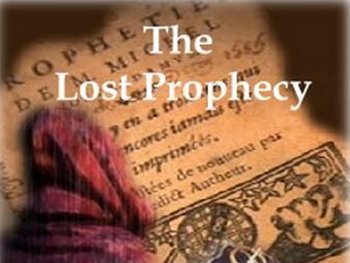 Is the discovery of the book at this point in time an accident or was it destined to be found shortly before the end of this era?

In 1994, Enza Massa, an Italian journalist accidentally discovered an old manuscript in the Italian National Library in Rome. This ancient manuscript dating to 1629 was titled Nostradamus Vatinicia Code. It was written by Michele de Nostradame (1503-1566) generally known as Nostradamus, one of the most famous prophets that ever existed.

He was often referred to as the prophet of doom because of the visions he had involving death and war. Some people claim Nostradamus was a fraud, but there are several thousands of people worldwide who believe Nostradamus foresaw the future with astonishing accuracy and even skeptics are intrigued by his prophecies.

In his book "The Prophecies" Nostradamus revealed a collection of major, long-term predictions. He foretold the future up until the year 3797. Nostradamus' prophecies were written in coded messages and anagrams with the purpose of hiding their true meaning. Many times, he mixed Latin with French which made it really difficult to interpret the text.

The predictions were not in correct order. Nostradamus deliberately confused the sequence so that only those who were truly dedicated to his work would have access to their secrets.

He claimed that he could put a date on each verse, but he decided not to. Some of his prophecies seem to have been uncannily correct. He predicted the Great London Fire of 1666, Napoleon III, Hitler, World War II and other important events that our world experiences right now.

For many people it was quite a surprise to find out about Massa's unexpected discovery hidden in the Italian library. Suddenly, the world learned about the existence of even more prophecies. Nostradamus never published his manuscript. It was handed down to the prophet's son and later donated by him to Pope Urban VIII. It did not surface again until 1994, almost four hundred years later.

The Nostradamus Vatinicia Code is a codex containing cryptic paintings depicting Popes and several strange, unknown creatures. Among the prophecies we find information on how the world is coming to an end and what many recognize as the prediction of the 9/11 attack.

There are 80 images in the book and one is of special interest. It is the image of the burning tower. Nostradamus depicted a great tower with flames pouring out of the top and through the windows. Researchers who have examined this painting comment that the flames are not those of a building on fire, they are shooting out of the structure as if an explosion was responsible. Although there was only one tower shown in the painting there is a striking similarity between the burning tower and the twin towers.

In his book Nostradamus: The Lost Manuscript: The Code That Unlocks the Secrets of the Master Prophet, the late Italian researcher Ottavio Cesare Ramotti examined the new Nostradamus' images. Years before the terrorist attack, Ramotti connected the burning tower image to the quatrain IV:66: 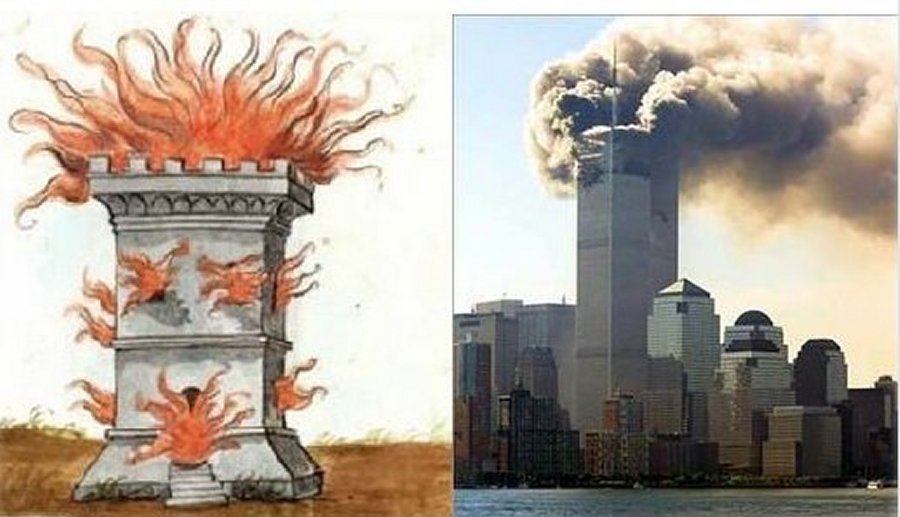 Left: The burning tower painting by Nostradamus; Right: The Twin Tower in flames.

"Under the false guise of faith of the shaved heads,
Many saboteurs shall be sown,
Watering the wells and the fountains with poison,
Human devourers of the strength of the West."

A number of researchers believe the phrase 'under the false guise of faith" describes the Islamic extremists who posed as airline passengers. This leads people to connect this painting to the radical religious doctrine of the terrorist who brought down the twin towers.

The next quatrain I:87 speaks of a central fire that will cause trembling in the 'New City'.

"Earth shaking fires from the World's Center roar,
Around New City is the earth a quiver,
Two nobles long shall wage a fruitless war,
The nymph of spring pour forth a new red river."

Some suggest that the term "fruitless war" is a reference to the war in Iraq or the war on terrorism. Did Nostradamus predict the 9/11 terrorist attack? Believers say - yes!

Although the following information is by no means related to the Lost Book of Nostradamus, it is also worth mentioning the connection between the September 11 attacks and the number 11, which is an important number to occultists.

Is it just a coincidence or did number 11 play a certain role in the 9/11 events? Let us examine in what way the number 11 was perhaps of significance in relation to the awful 9/11 tragedy. 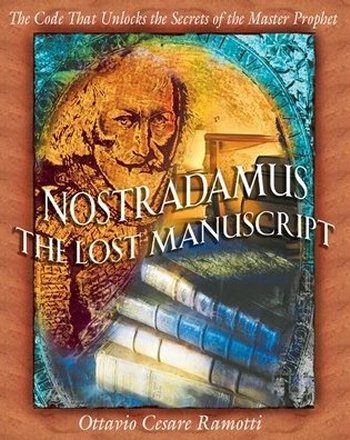 The Lost Book of Nostradamus could be one of the most important and priceless works discovered in recent times.

The prophecies cover an approximately four hundred year span beginning in the 1700's and extending to the twenty-first century. If the manuscript can be proven genuine beyond any doubt, we should see the realization of many of the predictions expressed in the lost book.
Paintings by Nostradamus discovered in 1994 in the Italian National Library provide the key to decoding his prophecies

In 1994 members of the Italian National Library in Rome found buried in their archives an unknown and unpublished manuscript consisting of 80 mysterious paintings by the famed prophet Michel de Nostradamus (1503-1566).

This manuscript, handed down to the prophet's son and later donated by him to Pope Urban VIII, confirms the hidden chronology of Nostradamus's quatrains discovered by the well-known Nostradamus scholar Ottavio Cesare Ramotti.

In both the paintings and accompanying quatrains within, Nostradamus correctly predicts such key events as the Nazi Blitzkrieg, the assassination attempt on Pope John Paul II, the burning of the oil wells of Kuwait by Iraq, and Boris Yeltsin's rise to power. Knowing the power that his prophecies contained, and wary of this power falling into the wrong hands, Nostradamus scrambled both the meaning and the order of his quatrains so that humanity would not be able to use them until it had become sophisticated enough to decode them.

That time is now. Using a software program he created, Ramotti has finally cracked the code and produced a book that is required reading for those who want to know what the next millennium has in store. Read more

Where the book has been all this time and how it came into the possession of the Italian library remains a mystery. Various lines of evidence indicate that the Lost Book of Nostradamus was hidden in the Vatican library for some time. Some of the most vivid images in this manuscript show the loss of political power of the Church. This would of course be a good reason for the Vatican to hide the prophecy book.
Is the discovery of the book at this point in time an accident? Or was it destined to be discovered shortly before the approaching Armageddon? If the work was indented to be discovered at the beginning of the new millennium then deciphering is meaning is of greatest importance.

This ancient manuscript contains a number of upsetting predictions including the third Anti-Christ, numerous Papal assassinations attempts, the end of the Catholic Church and the final days of this era, a doomsday date.

Was the Lost Book of Nostradamus, the great prophet's last words to mankind?