AncientPages.com - What did music in ancient Babylon sound like? No-one really knows, but based on ancient Mesopotamian poems it is possible to reconstruct some music and get an idea what people in those days listened to. 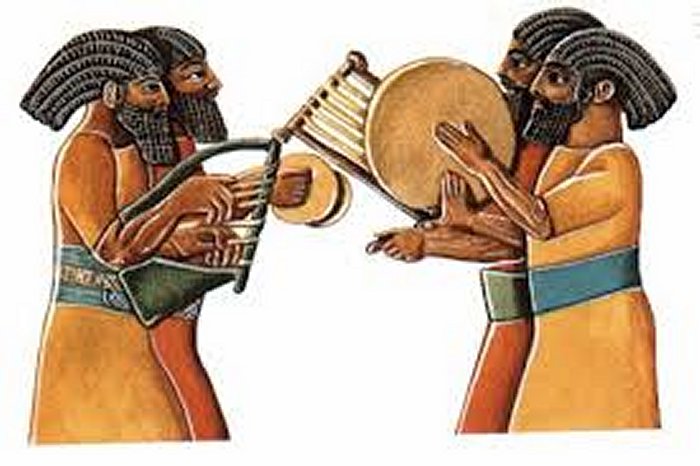 Now, singer and composer Stef Conner says she relied on the natural stresses and rhythms in Babylonian poetry and was able to produce a first record of what could be described as ancient Babylonian music.

"We have the text of lots of poems from ancient Mesopotamia, and it seems likely that some were originally songs of a sort," she tells Slate.

"I thought it would be exciting if we could listen to these poems as they were meant to be heard."

So she teamed up with Andy Lowings, who had already organized a project to construct a replica golden lyre that Mesopotamians would have played 4,550 years ago.

Lowings "asked me to compose music for the lyre, and last year we recorded the result—an album of contemporary music, sung in Babylonian, called The Flood," Conner says.

"You can't perfectly reconstruct a Mesopotamian song in this way. But I think if you could go back 3,000 years and play it to Babylonians, they would say: 'Oh, that sounds a bit like our music.'" So what are the songs about? They cover everything from insults to come-ons to eroticism, romance, lullabies, and misery.

One tells the story of a woman who "married a malicious husband" and "bore a malicious son," then found that "an unhappy heart was assigned to me."