AncientPages.com - Scientists hope they can soon reveal the hidden text known as Codex Zacynthius, an old manuscript in the New Testament.

The text is a sixth or seventh century script which has been partially scraped away and written over to make way for a 13th century entry. 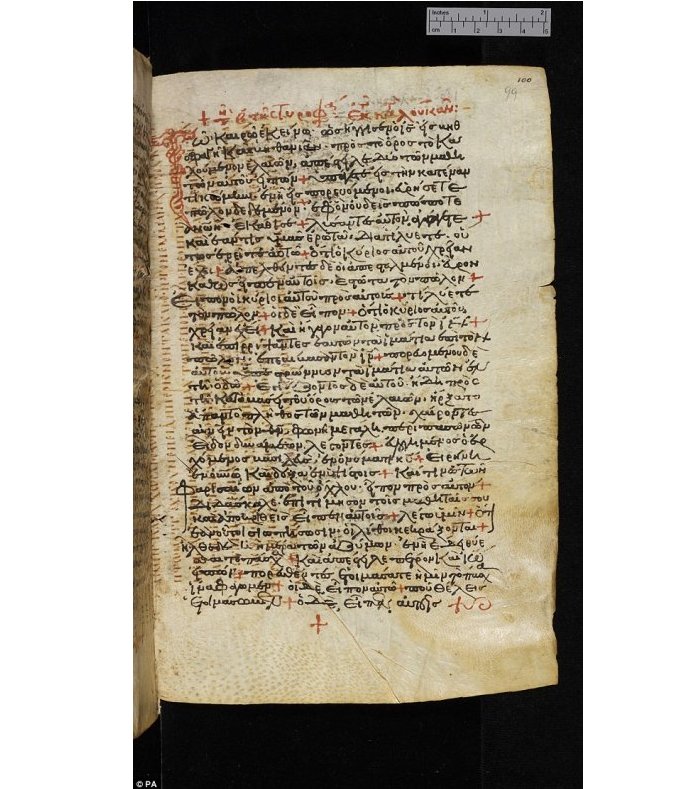 The Codex Zacynthius with the undertext clearly visible in the margin.The recycling of manuscripts was common practice at a time when writing surfaces were precious, few books were produced, and a tiny percentage of the population was literate.

By learning more about the content of the manuscript, scientists and Biblical scholar hope to gain more insight into St. Luke's Gospel. The place of production of Codex Zacynthius is unknown, but it takes its name from the Greek island of Zakynthos, also known as Zante, where it was discovered.
The script was presented to the Bible Society in 1821 by General Colin Macaulay, as a gift from Prince Comuto of Zakynthos.
Codex Zacynthius was deposited at Cambridge University Library in 1984 by the British and Foreign Bible Society, which has owned it for almost 200 years.

At first glance the Codex is a text compiled in the 13th century from passages taken from the New Testament, but its true origins are much earlier.

The Codex Zacynthius' future had been in doubt after the British and Foreign Bible Society, which has owned the volume for more than 200 years, decided to sell it to raise funds.

But the Cambridge University Library, which has housed the manuscript since 1984, has secured £1.1 million ($1.78 million) to buy it.

The Codex Zacynthius is regarded as an important text in studying the development of the New Testament.

By securing the manuscript, we hope that multi-spectral imaging techniques will enable scholars to recover fully the hidden text, "Dr Rowan Williams, the former archbishop of Canterbury said.

"The presence of the undertext, first discovered in the 19th century and critical to establishing the transmission of St Luke's Gospel, places Codex Zacynthius among the top flight of Biblical manuscripts. Furthermore, it is the oldest extant New Testament manuscript with a commentary alongside the text, making it a witness to both the development and interpretation of St Luke's Gospel," said Lord Williams of Oystermouth, Master of Magdalene College and former Archbishop of Canterbury.

Codex Zacynthius features 176 leaves of parchment - treated animal skin - first used at the end of the seventh century when it was inscribed in Greek with the text of Luke 1:1-11:33. 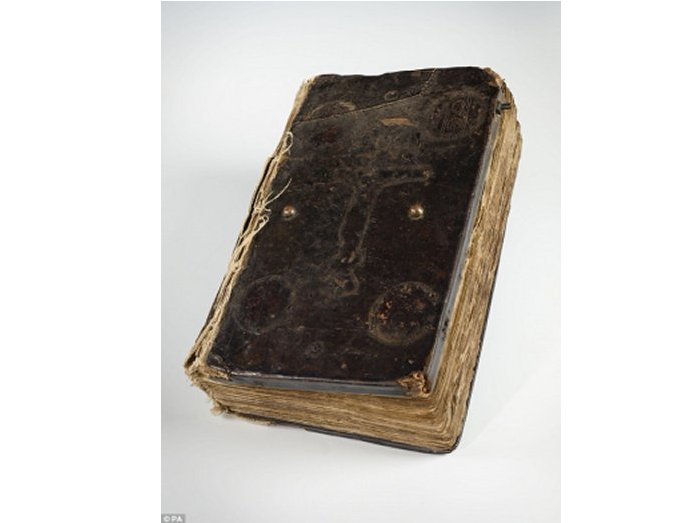 The Codex Zacynthius features 176 leaves of parchment - treated animal skin - first used at the end of the seventh century when it was inscribed in Greek with the text of Luke 1:1-11:33.

In the 13th century this was partially scraped away and written over with the text of an Evangeliarium, a book composed of passages from the four Gospels. For centuries there was no definitive text of the New Testament until the formulation the Textus Receptus in the 16th century. The codex was not used in this version which was based on only six manuscripts and was for centuries the standard printed edition of the New Testament, forming the basis of the original German Luther Bible, despite its known shortcomings.

Although the undertext was first deciphered in 1861, it is believed to include errors and it is hoped modern techniques may shed new light on its contents.

By uncovering the hidden text scientists hope to unravel more secrets of the Bible.

© AncientPages.com All rights reserved. This material may not be published, broadcast, rewritten or redistributed in whole or part without the express written permission of AncientPages.com