Ellen Lloyd - AncientPages.com - The existence of so-called Doppelgangers and spirit doubles is an ancient and widespread belief.

According to legend, Doppelgangers (German for “double walker”) is a duplicate of a real person. It is someone that looks the exact same as another person, yet is not a twin. Mystics throughout the ages have believed Doppelgangers and spirit doubles are supernatural creatures. They are either spiritual copies of the person or downright demonic twins.

According to legends and folklore, seeing one’s own double or “alter ego’ is considered a bad omen.

If people saw the double of their relative in a place that he or she was not actually there, it meant that they had seen their spirit double and that particular relative was to meet his death. According to some beliefs and superstitions, doppelgangers are supposed to be the ‘evil twin’ that suggests and insinuates to its human counterpart to do bad and unlawful things. 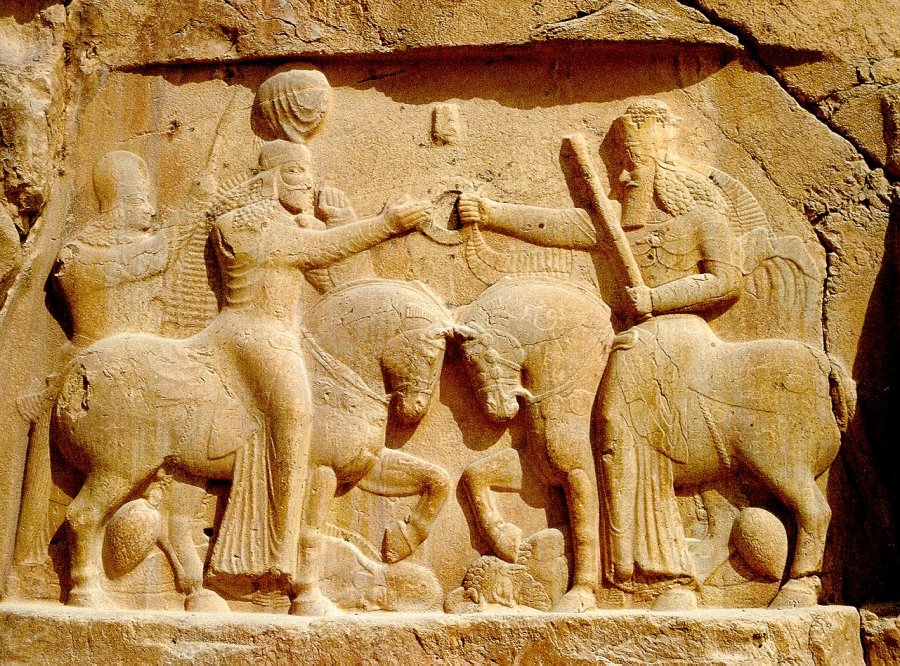 One of the earliest references of double spirits can be found in the Zurvanite branch of Zoroastrianism. It deals with the abstract duality of Zoroastrianism into a concept of manifest twins “born” of a monist (first) principle Zurvan “Time.” In this cosmological model, the twins Ahura Mazda (Ormuzd) and Angra Mainyu (Ahriman) were co-eternal representatives of good and evil.

However, the idea of dual nature is by no means restricted to Zoroastrianism. This belief can be found in many religions. Perhaps even God and the Devil can be seen as opposite sides of the same nature.

In Norse mythology, a Doppelganger was called a vardøger. It was believed this was a ghostly double that preceded a living person performing their actions in advance. Many stories of vardøger include instances that are nearly déjà vu in substance, but in reverse, where a spirit with the subject’s footsteps, voice, scent, or appearance, and overall demeanor precedes them in a location or activity, resulting in witnesses believing they’ve seen or heard the actual person before the person physically arrives.

In Breton mythology as well as in Cornish and Norman-French folklore, the doppelgänger is a version of the Ankou, a personification of death. There are many tales involving Ankou, who appears as a man or skeleton wearing a cloak and wielding a scythe and in some stories, he is described as a shadow that looks like a man with an old hat and a scythe, often atop a cart for collecting the dead. He is said to wear a black robe with a large hat that conceals his face.

Ancient Egyptians believed in the existence of a “ka”. The “ka” was considered a spiritual double born with every man. It lived on after a person died as long as it had a place to live. The ka lived within the body of the individual and therefore needed that body after death.

This is why the Egyptians mummified their dead. If the body decomposed, their spiritual double would die and the deceased would lose their chance for eternal life.

Native American myths believe that there is an Upper World and an Under World. While good people reside in the upper world, their evil doubles live in the underworld.

There are also several curious modern stories of Doppelgangers. It happens that a doppelganger cannot be seen by the person at all, but instead manifests to other people in a completely different location. How the existence of Doppelgangers can be explained remains a question that no-one has been able to solve yet. Traditional scientists explain the manifestation of a spirit double or Doppelganger as nothing but electrical glitches of the brain, or mental illnesses such as schizophrenia. However, there are also those who believe in the presence of a “double you”.

There are many intriguing examples of how certain historical figures have claimed to be haunted a Doppelganger. One such person was Johann Wolfgang von Goethe (1749-1832) was a famous German writer, poet, and politician. Goethe encountered his doppelganger while riding his horse on the road to Drusenheim. His double approached him, riding in the opposite direction. This being was dressed in a gray suit trimmed in gold.

Eight years later, Goethe found himself riding on the same road, in the opposite direction. He remembered the strange encounter and was even more shocked to realize that he was wearing the very gray suit trimmed in gold that he had seen. 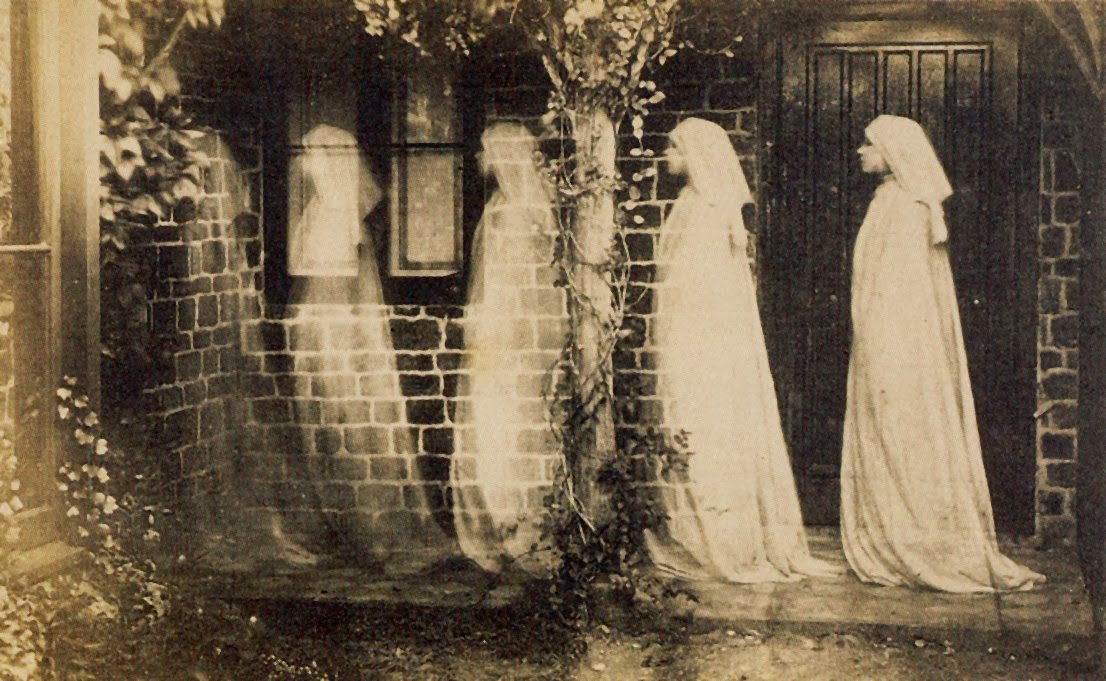 Emilie Sagee’s Doppelganger could be seen by everyone except herself.

One of the most intriguing Doppelganger stories concerns Emilie Sagee, who never saw her doppelganger. Everyone else did, though. Sagee worked in an exclusive girls’ school. She was a very good teacher, but for some reason, she kept moving from one job to another. In 16 years, she had changed positions an impressive 19 times. In 1845, the school found out why. Sagee was allegedly the center of some very strange doppelganger activity. Her spectral twin was first seen during a class, as 13 students witnessed the doppelganger standing by Sagee’s side and mirroring her movements.

Next, it stood behind her as she ate, pantomiming her movements. Sagee herself was completely oblivious to the apparition, despite the fact that everyone else could see it clearly. However, she did become strangely groggy and powerless during the times the doppelganger manifested, and the wraith was often seen doing things Sagee later said she had been thinking about at the moment, suggesting that she may have had some subliminal control over it.

Soon, the doppelganger ventured beyond Sagee’s immediate vicinity. At first, it appeared to a classroom full of students, sitting calmly in the teacher’s chair while Sagee herself was outside, working in the garden. The few people who dared to approach the doppelganger found they could pass through it, yet it had a texture that reminded them of thick fabric.

Time went by and the apparition became a permanent fixture of the school’s life, freaking people out on a regular basis. The girls’ concerned parents started removing their children from the school. Although Sagee was a model employee on all non-paranormal accounts, the headmistress had no option but to fire her and her ghostly double.

See also:
Unexplained Disappearance Of A Professor Who Perhaps Entered A Parallel World

French writer Guy de Maupassant said he was haunted by his own doppelganger near the end of his life. One incident involved his double entering his room and sitting opposite to him, then dictating what Maupassant was writing. 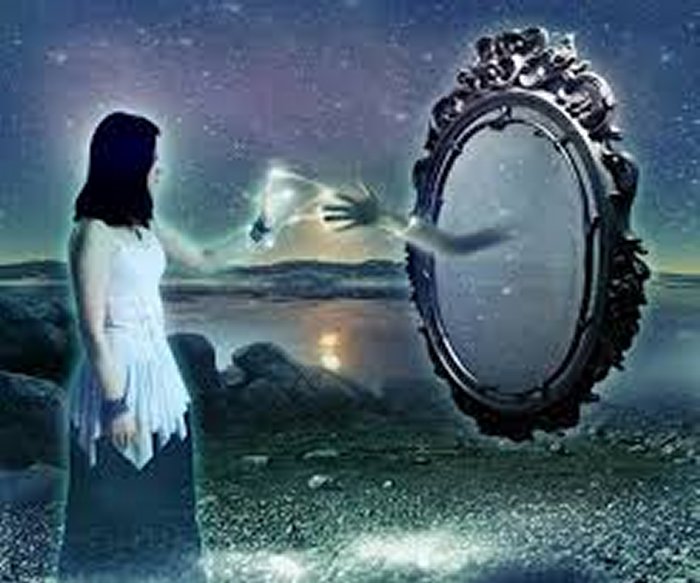 Do Doppelgangers originate from an alternate reality?

Carl Sandburg’s biography of Abraham Lincoln includes a strange account, reportedly told by Lincoln and confirmed by Mary Todd Lincoln, of the appearance of a double image of himself in a mirror on the night he was first elected to the presidency.

Lincoln said he was extremely tired and had returned home to rest.

When he looked into a bureau mirror across the room he saw a double image of himself.

The second Lincoln was pale in comparison to his first image. This phenomenon occurred twice before the second image disappeared. Lincoln mentioned it to his wife who said she thought it was a sign that he would be elected to a second term, and that the death pallor meant that he would not live through his final term.

There are of course many other intriguing stories of Doppelgangers, but what is most fascinating is perhaps the possibility that a copy of you could exist in a parallel universe. In MessageToEagle’s article Are Some Of Our Dreams Glimpses From A Parallel Universe?, we discussed a world that is much different than this one and yet almost identical, an alternate reality. In this world, there could be a copy of yourself making different decisions and seeing places that somehow later manifest themselves in your dreams. Is it not possible that Doppelgangers are ion fact beings that exist in an alternate reality and occasionally enter our realms? It is a theory worth exploring further.