AncientPages.com - The existence of giants in the distant past is an intriguing and controversial subject.

Myths and legends from all corners of the world are filled with stories of giant men who once ruled the Earth.

These beings were powerful, mighty and often feared by the locals.

Unfortunately, the subject of giants has been much neglected by historians who far too often dismiss the stories of the ancients as pure fables. However, we have seen on several occasions that many myths and legends have been confirmed by modern science.

We should keep investigating the subject of giants as they provide a key to unlock some history's most baffling mysteries and they can help us to better understand our distant past.

In the International Journal of Paleopathology, a group of scientists describe the discovery of an unusual adult skeleton that was excavated from the Blossom Mound (CA-SJO-68), a Late Holocene (4350-2980 BP) site located in the northern San Joaquin Valley of California. 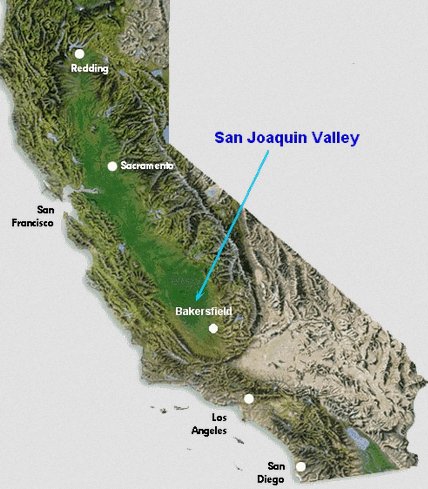 San Jaouquin Valley, California. The skeleton was discovered in this region.

"It is the earliest evidence of this condition in humans, the only documented case from prehistoric California, [and] one of the more complete skeletons documented with this condition, " says Dr. Eric Bartelink, a physical anthropologist at California State University, Chico.
Western Digs published a very interesting article about this intriguing discovery.

According to Western Digs the deceased man was " believed to have been in his mid-30s at the time of his death, was found in a burial mound with 176 other bodies near the Central Valley town of Elk Grove." 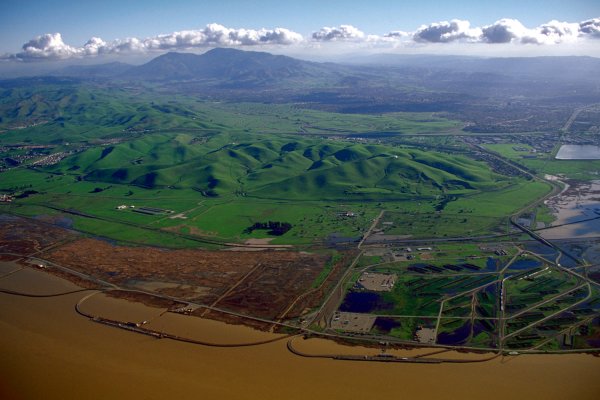 Mount Diablo (background), where Juan Crespí first gazed upon the Sacramento-San Joaquin Delta in 1772, with Suisun Bay in the foreground. Was this area once inhabited by giants? Image credit: U.S. Army Corps of Engineers Digital Visual Library

man was part of a hunter-gatherer culture known as the Windmiller.
These people "buried their dead laying flat and face-down, rather than in a flexed position, with the heads pointing west.

The cause of death is unknown.

"Acromegalics have a lower life expectancy and many more respiratory and cardiac issues than unaffected people, " Dr. Bartelink said.

"Unlike true gigantism, in which the pituitary gland starts to release excessive amounts of growth hormone in childhood, acromegaly doesn't begin until early adulthood, after all of the body's long bones have finished growing.

Typically, a tumor on the pituitary triggers the flood of hormones, stimulating exaggerated growth wherever bone development is still possible - typically in the face, hands, and feet.

So while the Burial 37 man wasn't exceptionally large for his time - about 170 centimeters, or five feet five inches - his remains bear several signs of hypergrowth in adulthood, Bartelink said.

Mystery Of Great Wall Of California: An Ancient Unsolved Enigma

Comparing the skull with 14 other male skulls from the same mound, Bartelink found it to be both taller and wider than average.

And analysis by x-ray revealed several areas of excessive bone formation in the face, including a heavy, prominent brow; bony processes around the sides of the eyes; an elongated chin; and a pronounced nose creating what Bartelink described as a "beak-like" appearance.

More importantly, he said, the bony pocket that holds the pituitary gland - known as the sella turcica because it resembles a Turkish saddle - showed significant signs of enlargement.

In what seems to have been an unrelated condition, the man's right eyetooth also grew upside down, protruding through the bone of his face just under his nose.

How other Windmillers would have responded to such a distinctive visage is largely a matter of speculation, Bartelink said. 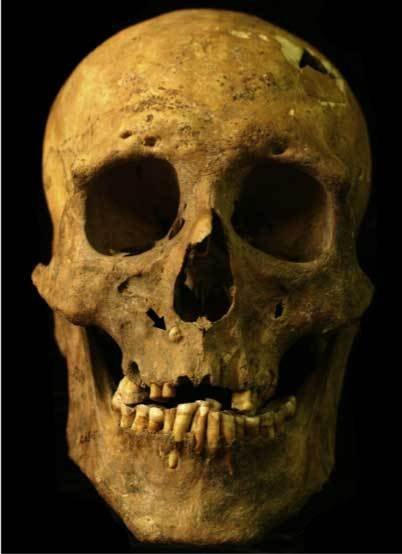 The skull of the man found in the site known as Burial 37 bears the distinct marks of acromegaly, new research finds. The black arrow indicates where the man's right eye tooth erupted just below his nose. (Photo by Eric Bartelink/Phoebe Hearst Museum)

"I would expect that the person would have been treated differently, but it's hard to say," he said.

"The physical expression of the disease takes about 10 years to become fully noticeable, so it would have taken a bit for other members of the society to take notice."

If the ornaments in Burial 37?s grave are any indication, he appears to have been neither revered nor ostracized, Bartelink said.

A few aspects of the burial were "interesting," however, including the fact that the man was buried face-up, instead of prone, and with his head oriented north rather than the west, like most others interred in the mound.

The head also seems to have been disturbed some time after death, and moved down to the left ankle, where it was originally found. 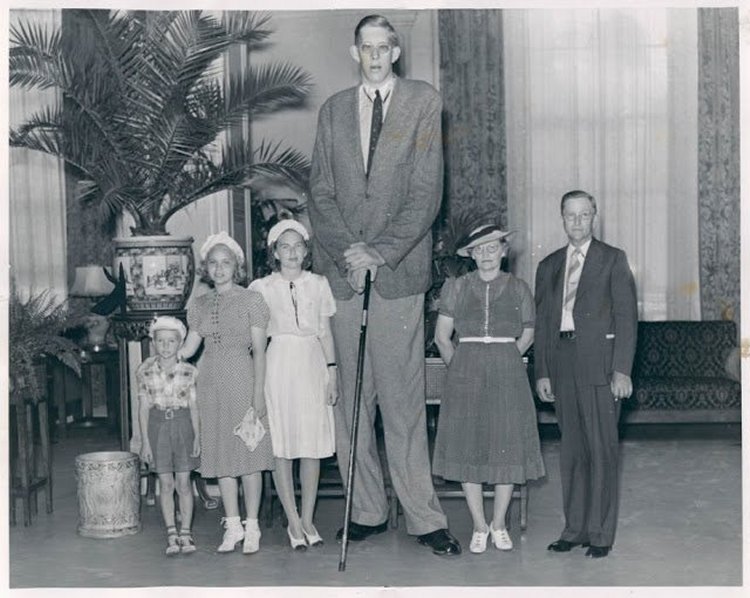 "This could reflect some aspect of mortuary ritual but could just have been someone digging a grave adjacent to this one and moving bones around," Bartelink said.

"I am not one to speculate, but there may be something of significance going on here. It's just not easily testable." Western Digs reports.

This is not the first time scientists have found a connection between acromegaly and gigantism. 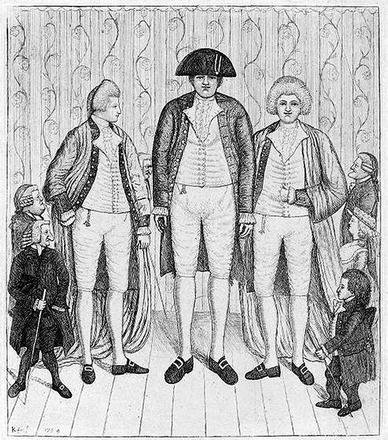 Perhaps the most famous case is Charles Byrne who was born in 1761 in Littlebridge (Northern) Ireland. During childhood he "grew like a cornstalk". He reached a final height of 2.31 m. (7 ft. 7 in.) tall. 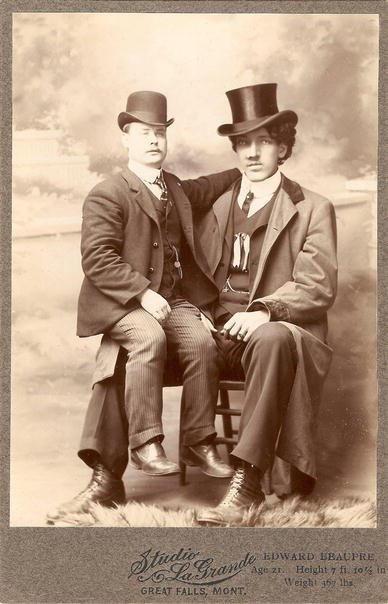 Henri Joseph Cot (1883-1912) was a French giant who suffered from the same condition. He was born at the village Le Cros, close to Belmont sur Rance in the Aveyron district, France. He was the 7th and youngest child in a very poor farmer's family.

All other family members were of average size. Initially, his physical development was normal. His growth spurt started before the age of 8 years. 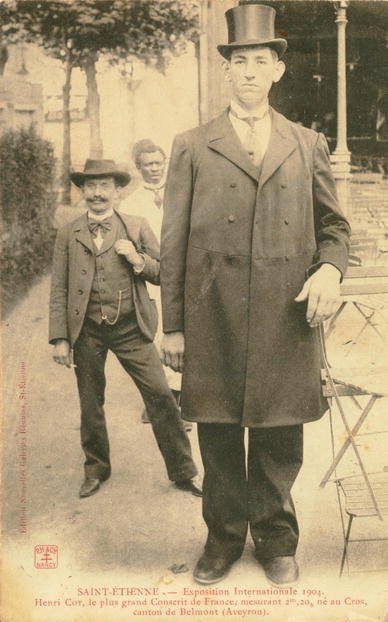 There are several more cases of people who suffered from acromegalic gigantism. Most of these people were examined after their death, (without ever giving their permission) by doctors who attempted to learn more about giants.

The point is - if we can accept the above mentioned cases as true accounts of giants, why do orthodox scientists have a problem with confirming the existence of giants in the distant past?

The subject of giants on our planet no longer appears to be within the realm of speculation. For one thing, megalithic monuments constructed of massive stones appear to support this concept.