A. Sutherland - AncientPages.com - North America is a great continent where people of diverse cultures once lived but most of these cultures had been forgotten long time ago.

The farther we go back in history the more indications we find, showing the riches of North America's ancient history, which may have been much older and much more advanced than most of us have previously considered. 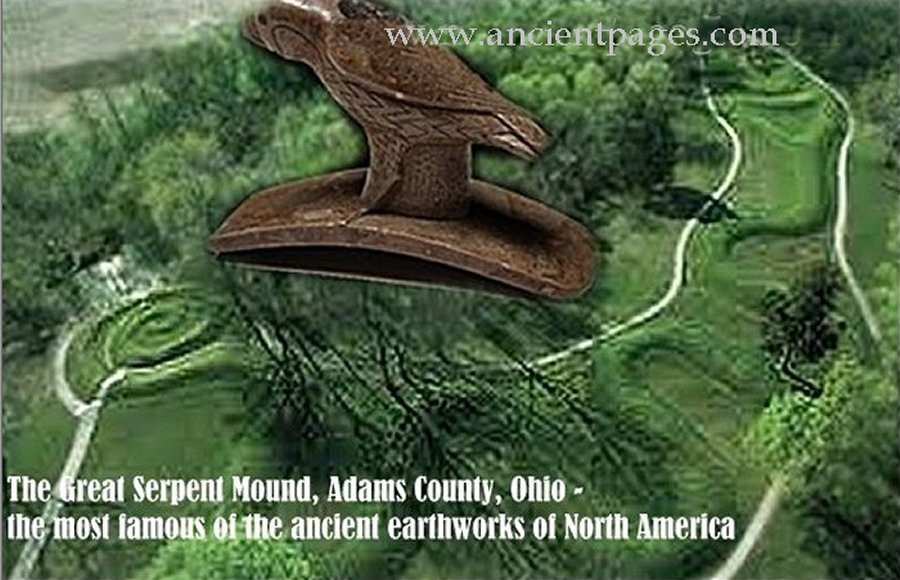 North America's prehistoric landscape and especially that of Ohio, was once rich in variety of earthwork, gigantic mounds shaped like birds, giant snakes, spirals, and geometrically designed walls.
Mounds and enormous serpentines were skillfully formed by unknown highly advanced people, before the dawn of prehistoric times.

They can be seen in hundreds because farmers came and destroyed them to level the land, but at the beginning there were with certainty much more of these impressive remnants.

The evidence of the former existence of a prehistoric race, known as the Mound Builders is too conclusive to be doubted or questioned.

This evidence consists of extensive and gigantic masterwork. However, we know little about the Mound Builders, who used the land as our children use plasticine and formed circular, elliptical earthworks along with others looking like bears, buffalos, foxes, lizards and sometimes as human beings. 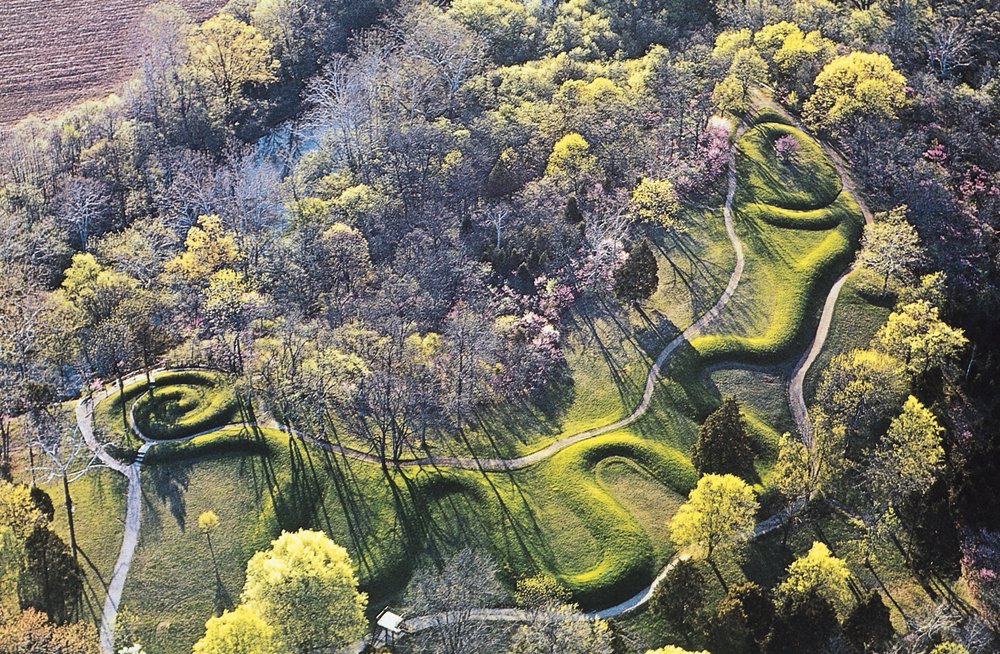 Great Serpent Mound as it looks today. At the left side above Brush Creek. View from the southeast. (c.2300 BC, Adams County, Ohio.

It's a 1/4 mile long mound shaped like a snake that varies in height from less than a foot to 4-5 feet high. The distance from the snake’s head to its tail is approximately 800 feet. However, if it were to be stretched out it would be about 1,300 feet long.
"...with its head conforming to the crest of a hill, and its body winding back for 700 feet, in graceful undulations, terminating in a triple coil at the tail.." and the "Alligator," in Licking County, whose length "from the point of the nose following the curves of the tail to the tip, is about 250 feet, the breadth of the body 40 feet, and the length of the legs or paws, each 36 feet..." (J.W. Foster, "Prehistoric Races")

Naturally, the Great Serpent Mound and huge mounds, inspire a number of theories and ideas concerning its origin and meaning.

It was originally assumed that the Serpent Mound was built by the so called "Adena culture" that dominated central and eastern North America for close to 1,000 years, from 1000-100 BC.
Others do not support this theory and believe that it is likely Hopewell people were creators of Ohio mound.

The snake could also represents Ursa Minor while the egg represents the moon. If this is the case then we can see the snake’s tail being anchored by Polaris.

Supporters of the Hopewell theory believe that the structure incorporates astronomical alignments, including alignments to the moon's mid-point as well as maximum and minimum rising and setting points and a geometric complexity.
So, this level of astronomical sophistication, according to the researchers, appear to be exclusive to the Hopewell.

Simultaneously, many resarchers speculate whether the motif of the serpent swallowing the egg could depict an astronomical event of religious significance or those ancients worshipped the sun or had wisdom of a greater extent.

Was it a representation of the sun?
According to a Native American legend, the sun was once swallowed by a snake. The snake could also represents Ursa Minor while the egg represents the moon. If this is the case then we can see the snake’s tail being anchored by Polaris. 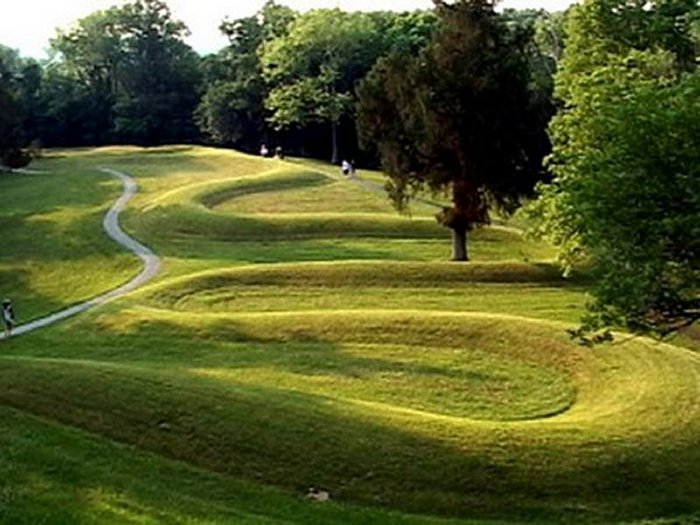 In 1925, newspaper Daily Star reported that the most important aboriginal temple in the Unites States was built by prehistoric Mound Builders in the vicinity of the present site of Portsmouth, Ohio.

A theory that emerged among the researchers, suggests the largest earthwork effigy in the world, was actually built by people of the Fort Ancient culture. This opinion is based on the carbon dating of some wood charcoal taken from the mound, which placed the building of the mound during the Fort Ancient period, approximately 1070 AD.

Henry Schoolcraft, a notable scholar on Native American anthropology, derived the first viable hypothesis based on the writings of John Gottlieb Ernestus Heckewelder (1743-1823), a Moravian Missionary in the Ohio Country:

"The oldest tribe of the United States, of which there is a distinct tradition, were the Alleghans... This tribe, at an antique period, had the seat of their power in the Ohio Valley... and they appear originally to have borne the name of Alli, or Alleg, and hence the names of Tallijewi and Allegewi.
The Alleghans had been a strong and mighty people, capable of great exertions and doing wonders.."

They are said to have been remarkably tall and as ancient tradition says there were giants among Alleghans.

So, who were the builders of the largest serpent effigy known to man?

Were the Mound Builders a lost race of highly intelligent, well-organized, and technologically advanced unknown culture possessing knowledge of cartography, advanced trigonometry indispensable to make all mathematical measurements and accurate projections of the terrain?

Legends say that earthen sculptures, which in reality are much older, have been carried out by people belonging to an unknown race who came from "beyond the sea", and whose culture was wiped out by the contact with the American natives.