A. Sutherland - AncientPages.com - Petra - was a "fairy city of pink sandstone", mysterious, legendary and lost to the western world, and erased from our memory for over a thousand years.

History has long been very silent in regard to the life, art and religion of the Edomites, but slowly, archaeologists begin to unveil Petra's oldest secrets. 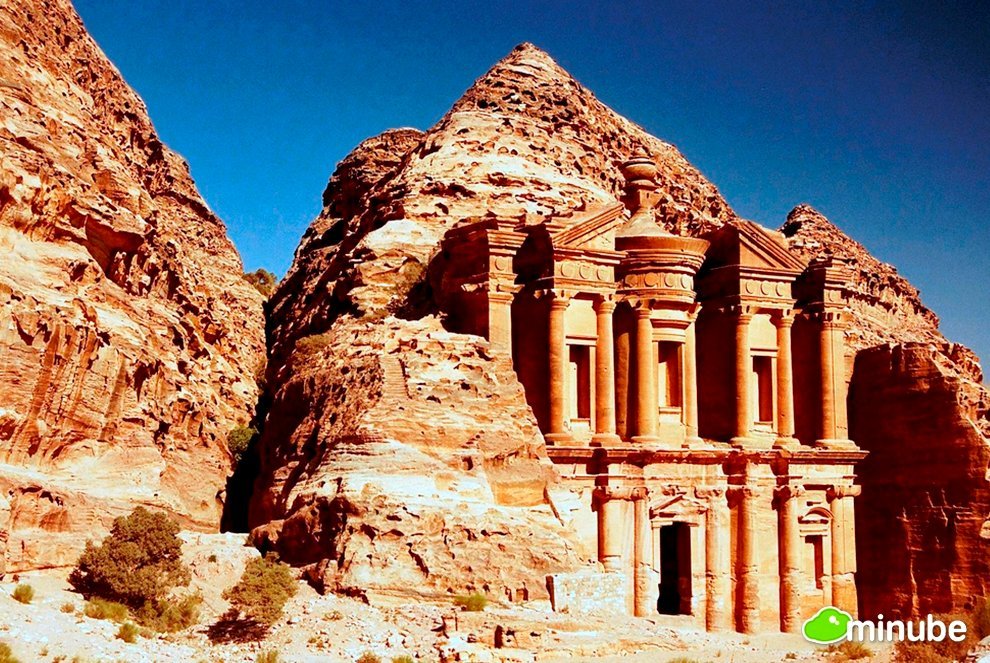 The region around Petra not only grew enough food to meet its own needs, but also would have been able to provide olives, olive oil, grapes and wine for trade.

Since the time of Johann Ludvig Burckhardt, who rediscovered Petra in 1812, the purpose of the rock-cut city hidden away in rather secret location, has baffled many scholars, archaeologists and ordinary travelers.

What exactly was the function of this place? Was it a sacred city, a commercial center or a fortress?
Ancient city of Petra - with more than 3,000 temples, tombs and thousands of caves carved out of sandstone rocks - was built at the foot of Jordan's Jebel al-Madhbah mountain, in the harsh desert of southern Jordan and situated in Mt. Seir, about 80 kilometers south of the Dead Sea and 2,775 feet above sea-level. 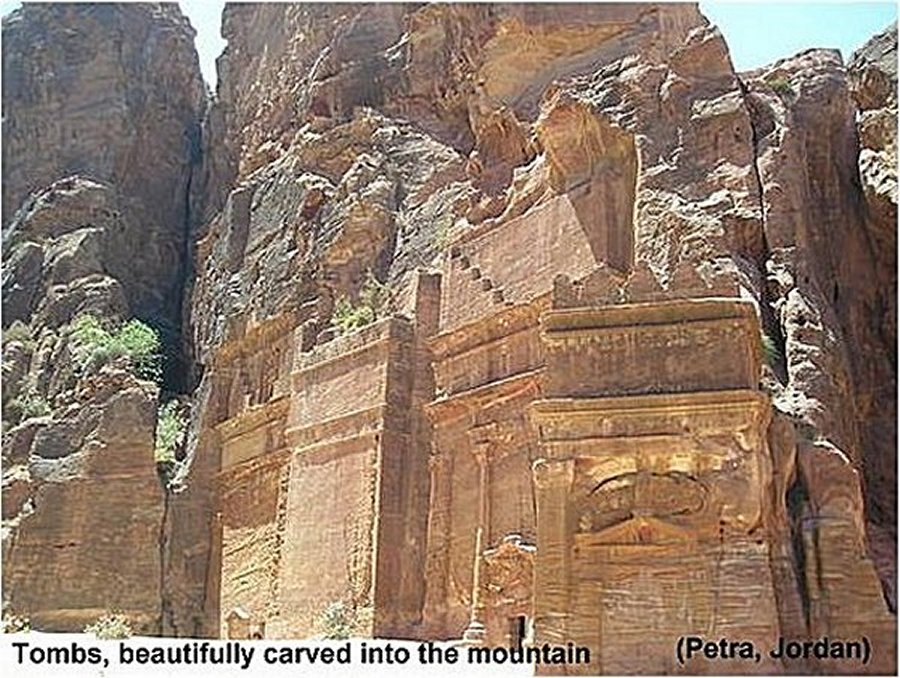 The city - built inside a gorge approximately 4000 feet (1200 m) long and up to 330 feet (100 m) deep - was first inhabited by a Semitic-speaking tribe of the Edomites, mentioned in the Bible as descendants of Esau, the father of the Edomites in the hill country of Seir.

After the Edomites fell, the Nabateans arrived and settled there in the third century BC and so, from the first century B.C. to the third century A.D., Petra was one of the most influential and prosperous commercial centers in antiquity.
The majority of the buildings were cut directly into the cliffs by the Nabatean builders or were at least brought into their fascinating form by them. 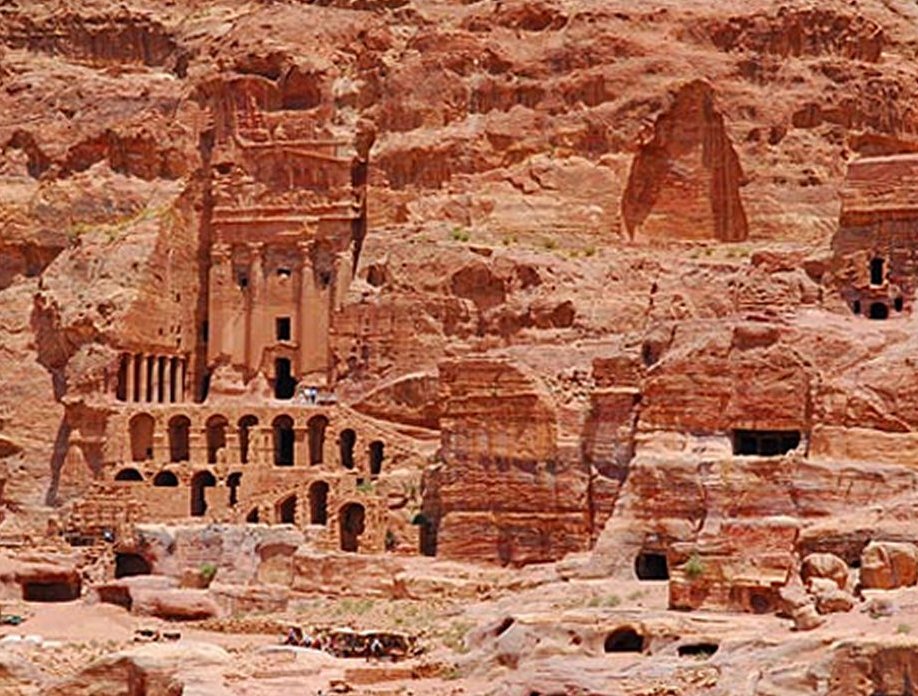 Recent discovery of terrace farming of wheat, grapes and possibly olives, resulted in a vast, green, agricultural “suburb” in otherwide very inhospitable and arid landscape, is an evidence into successful and extensive water management and agricultural production in and around Petra.

The Nabataeans, whose prosperous kingdom had its capital at Petra until the beginning of the second century, were skilled people, according to archaeologists continuously working in the area.

It has been suggested that extensive terrace farming and dam construction in the region north of the city began around the first century, some 2,000 years ago, not during the Iron Age (c. 1200-300 BC) as had been previously hypothesized.

Based on surface finds and comparative data collected by other researchers in the area, however, it is clear that this type of farming continued to some extent for many centuries, until the end of the first millennium (between A.D. 800 and 1000). 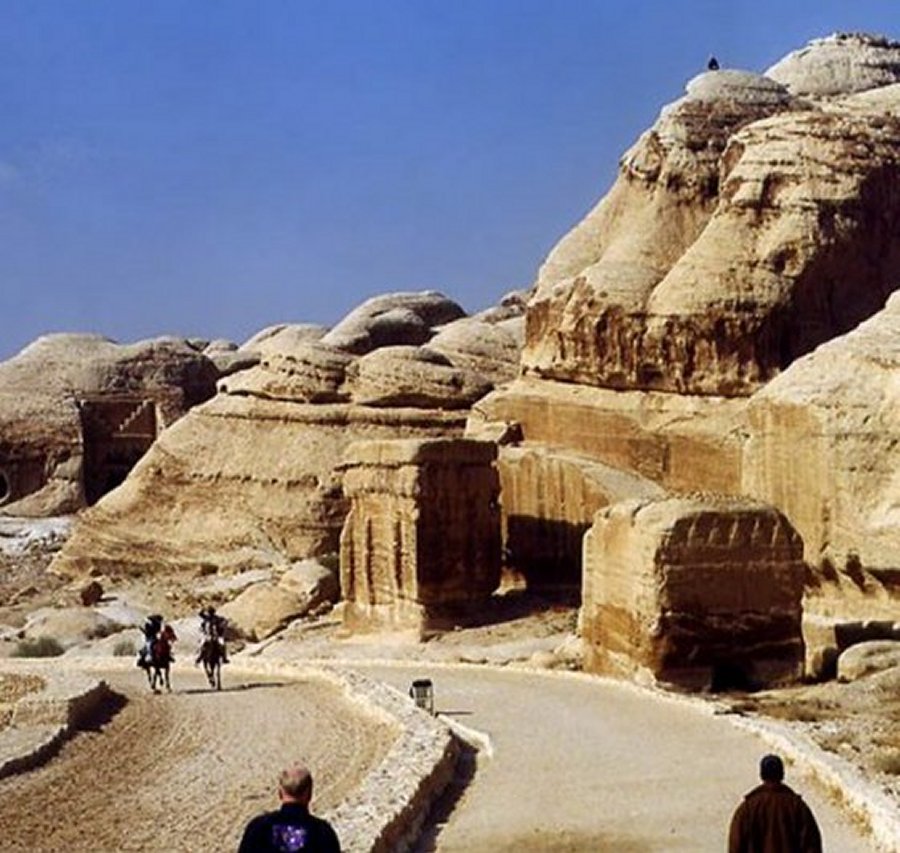 Dating the start of extensive terrace farming at Petra to the beginning of the common era has important historical implications, according to researcher Christian Cloke, a doctoral student at the University of Cincinnati, and one of the researchers involved in the Brown University Petra Archaeological Project (BUPAP).

Namely, this date coincides closely with the Roman annexation of the Nabataean Kingdom in A.D. 106. 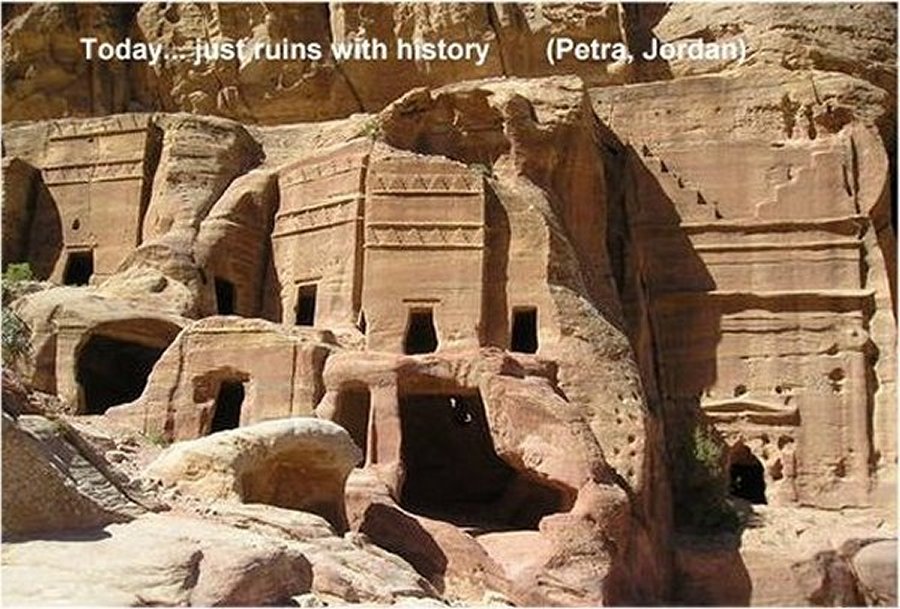 The region around Petra produced food to meet its own needs and was able to to trade olives, olive oil, grapes and wine.

This robust agricultural production would have made the region a valuable asset for supplying Roman forces on the empire's eastern frontier."

On large stretches of land north of Petra, inhabitants built complex and extensive systems to dam wadis (riverbeds) and redirect winter rainwater to hillside terraces used for farming. It was important for Petra’s inhabitants to capture and store all available water for later use during the dry season. Over the centuries, the Nabataeans of Petra became experts at doing so. 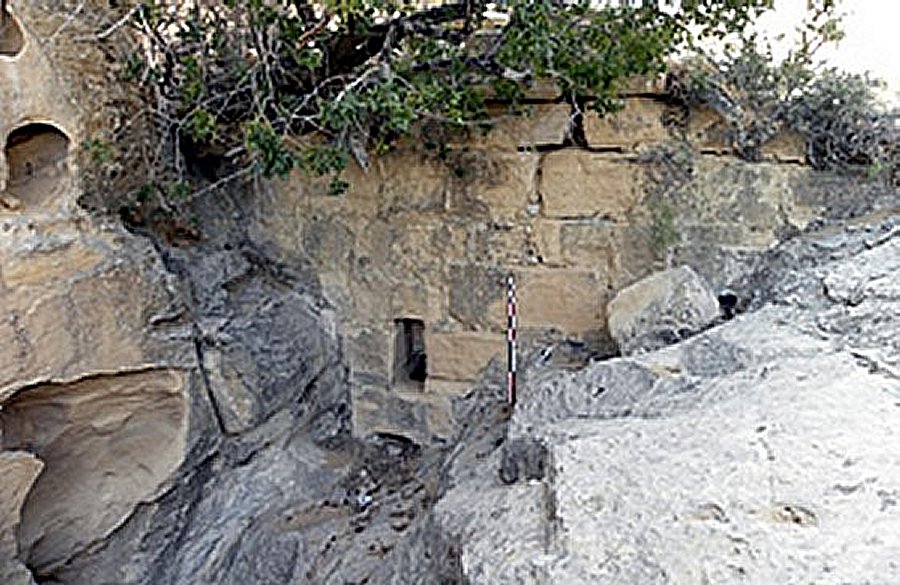 The Nabateans had considerable knowledge of their surrounding topography and climate and differentiated watersheds and the zones of use for water.

Petra's water supply was of prime concern as the city was situated on the edge of the desert. The Nabateans - highly skilled hydraulic engineers developed sophisticated irrigation systems, dams and water conservation.

In the year 106 AD the Nabateans were defeated by the Romans and Petra became part of the Roman Empire. After two devastating earthquakes in 363 AD and 551 AD, the inhabitants left the rock city.

Evidence from archaeological investigations over the years suggests that strange city of Petra may have had many different fucntions over the hundreds of years it was inhabited and it's still much to investigate in this ancient place.