AncientPages.com - The ancient Egyptians knew much about prosthetic foot technology and produced functioning toe prostheses for amputated limbs and many of these impressive achievements were made more than 2500 years ago.

Physicians in the Kingdom of the Pharaohs also performed other surgical procedures that were successful.

An ancient nine-inch metal screw found in the 2600-year-old mummy of an Egyptian priest Usermontu's leg became a worldwide sensation.

The discovery was made in 1996.
Dr. Wilfred Griggs, Egyptologist and a professor of ancient scripture at Brigham Young University was doing research on mummy DNA in the six resident mummies on display in the Museum, when an X-ray revealed a metal screw near the kneecap of Usermontu. ("DNA Research Conducted on Egyptian Museum Mummies," Rosicrucian Digest, 1995). 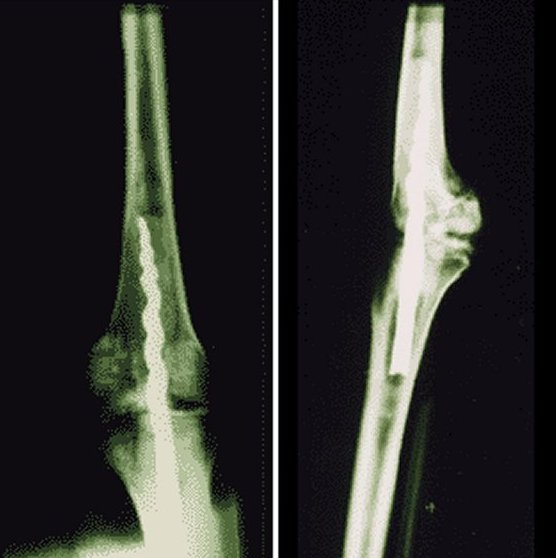 The metal screw, connecting the mummy's thigh and lower leg, is now attracting worldwide attention because it is believed to be the first known example of ancient limb reattachment. This particular mummy was acquired by the Rosicrucian Egyptian Museum in 1971.

And according to Dr. Richard Jackson, orthopedic surgeon for BYU's athletic team, the pin was made with a lot of biomechanical things we still use to make sure we get good fixation in stabilizing bone!

Now, the results of scientific tests using replicas of two ancient Egyptian artificial toes, including one that was found on the foot of a mummy, suggest that they’re likely to be the world’s first prosthetic body parts.

The University of Manchester researcher Dr Jacky Finch wanted to find out if a three part wood and leather toe dating from between 950 to 710 BC found on a female mummy buried near Luxor in Egypt, and the Greville Chester artificial toe from before 600 BC and made of cartonnage (a sort of papier maché mixture made using linen, glue and plaster), could be used as practical tools to help their owners to walk.

Both display significant signs of wear and their design features also suggest they may have been more than cosmetic additions. 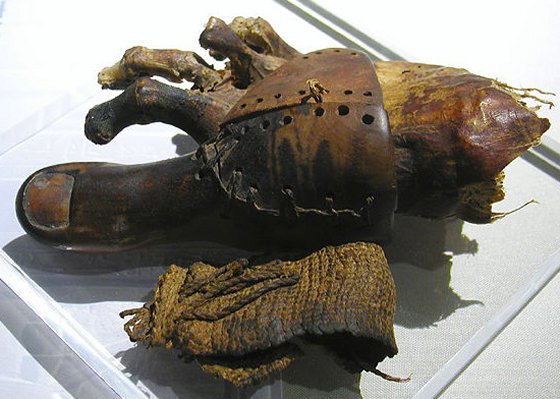 “Several experts have examined these objects and had suggested that they were the earliest prosthetic devices in existence.

There are many instances of the ancient Egyptians creating false body parts for burial but the wear plus their design both suggest they were used by people to help them to walk.

To try to prove this has been a complex and challenging process involving experts in not only Egyptian burial practices but also in prosthetic design and in computerized gait assessment,” Dr Finch says.

Dr Finch, who is based in the Faculty of Life Sciences’ KNH Centre for Biomedical Egyptology, recruited two volunteers who were both missing their right big toe. Design replicas of the ancient toes were made to fit each volunteer along with replica leather ancient Egyptian style sandals.

The tests were carried out at the Gait Laboratory at Salford University’s Centre for Rehabilitation and Human Performance Research. Each volunteer was asked to walk on a 10 metre walkway bare foot, in their own shoes and wearing the replicas with and without the sandals. 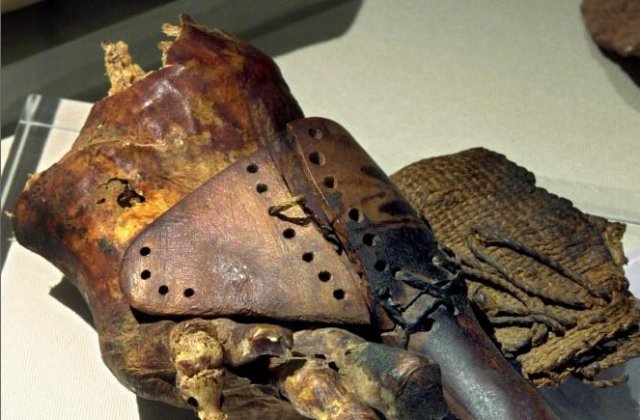 Their movement was tracked using 10 special cameras and the pressure of their footsteps was measured using a special mat. The 10 best walking trials were recorded for each foot, using their normal left foot as the control.
It was surprising how well both volunteers were able to walk using these devices although one volunteer performed much better than the other. The camera footage revealed that when wearing the sandals with the cartonnage replica, one of the volunteers achieved 87% of the flexion achieved by their normal left toe. The three part wood and leather design producing nearly 78%.

When wearing the replicas the pressure measurements showed that for both volunteers there were no overly high pressure points. This indicated that the false toes were not causing any undue discomfort or possible tissue damage.

However, when the volunteers wore just the replica sandals without the false toes the pressure being applied under the foot rose sharply. 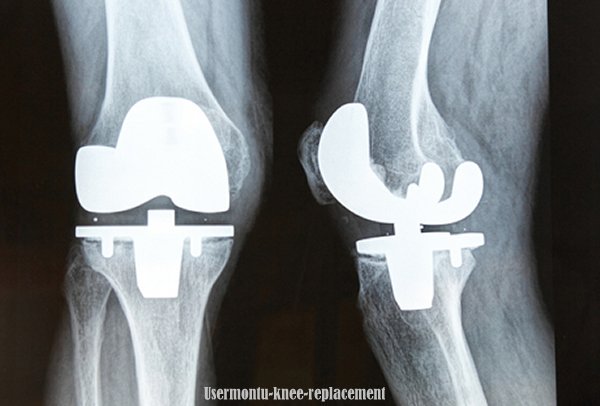 “The pressure data tells us that it would have been very difficult for an ancient Egyptian missing a big toe to walk normally wearing traditional sandals. They could of course remained bare foot or perhaps have worn some sort of sock or boot over the false toe, but our research suggests that wearing these false toes made walking in a sandal more comfortable,” Dr Finch says.

Alongside the test data Dr Finch also asked her volunteers to fill in a questionnaire about how they felt when doing the trials in the gait laboratory. Despite it having performed well the comfort scores for the cartonnage replica were disappointing although it was felt to be an excellent cosmetic replacement.

Describing the performance of the three part wooden and leather toe both volunteers found this one to be extremely comfortable, scoring it highly, one volunteer commenting that with time he could get used to walking in it. 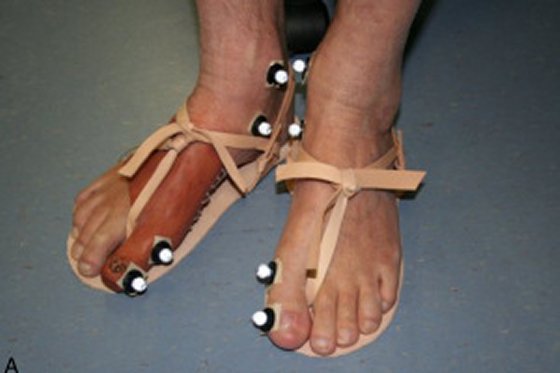 Credits: The University of Manchester

“It was very encouraging that both volunteers were able to walk wearing the replicas.

Now that we have the gait analysis data and volunteer feedback alongside the obvious signs of wear we can provide a more convincing argument that the original artefacts had some intended prosthetic function," Dr Finch stated.

The findings from this study, which have been published in full in the Journal of Prosthetics and Orthotics, means the earliest known prosthetic is now more likely to come from ancient Egypt. The three part example pre-dates by some 400 years what is currently thought to be the oldest, although untested, prosthetic device. This is a bronze and wooden leg that was found in a Roman burial in Capua, Southern Italy. That has been dated to 300 BC although only a replica now remains as the original was destroyed in a bombing raid over London during the war.