AncientPages.com - Thousands of huge ancient structures made of stone are clearly visible from the air.

Their age is estimated to thousands of years and their purpose remains unknown. These puzzling wheel-shapes, and straight lines, stretch all the way from Syria to Saudi Arabia. 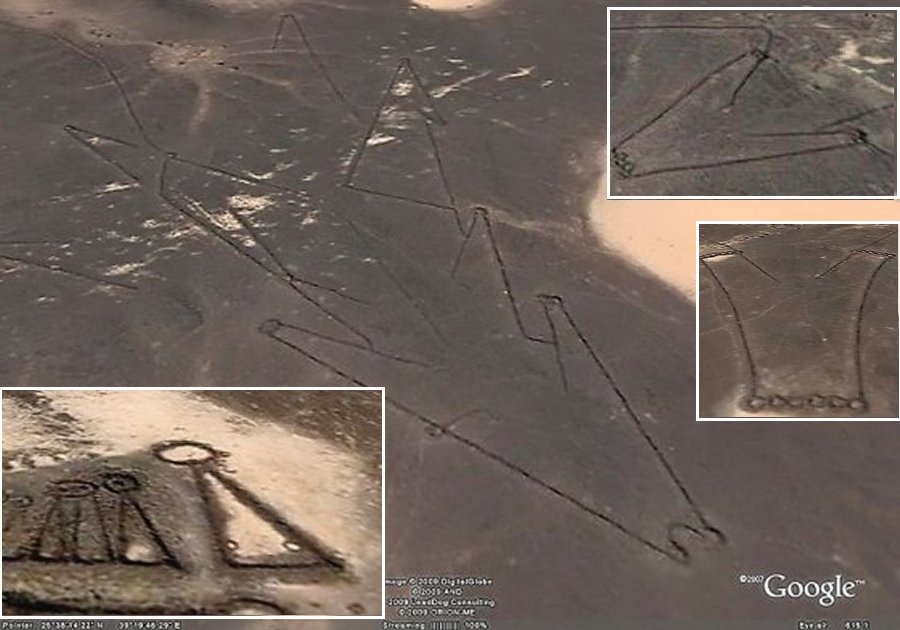 Some call this area the Middle East's own version of the Nazca Lines. It is only recently, with help of satellite images that archaeologists have been able to explore this region in more detail. 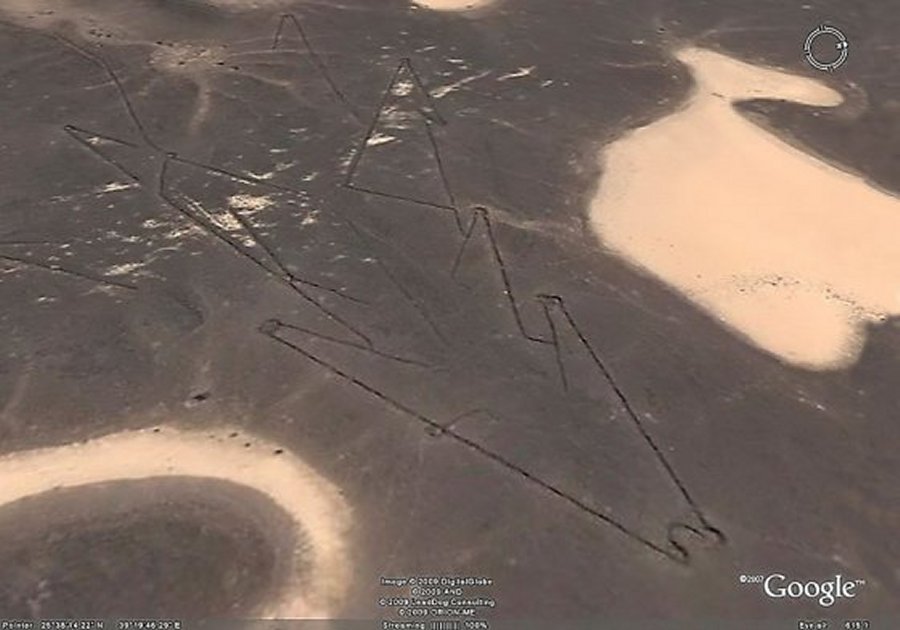 Arabian Peninsula: The dark lines are the remains of stone walls barely visible on the ground.

Since the launch of Google Earth in 2005, archaeologists have begun to use the satellite imagery publicly, particularly since its gradual incorporation, beginning in 2007, of high-resolution images. 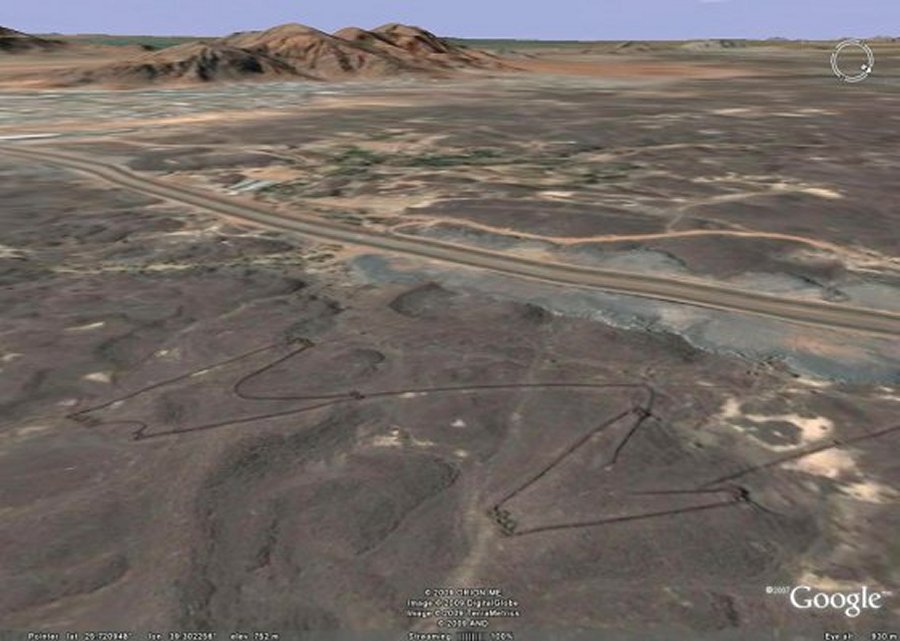 In the Harrat Khaybar region of Saudi Arabia, however, "kites" take on entirely different shapes-most notably the "square pocket" and "barbed arrow"-and the low walls of many of them show ruler-straight lines, raising new questions for archeologists.

As a result, over some Arab countries-Jordan, Syria and Lebanon particularly-the resolution of available images is now generally high enough to conduct reliable, general archaeological surveys.

In the Al-Hayit region, keyhole and pendant shapes vary in size from a few meters to dozens of meters, and they are often found arranged along "avenues" that are invisible to builders of modern highways.

The Shuway-mas site south of Hayil, Saudi Arabia, which is not even mentioned in the 1998 edition of the Cambridge Illustrated History of Prehistoric Art is the home of one of the four best collections of ancient rock art in the world. Here we find, numerous ancient stone kites, mounds, and tails. 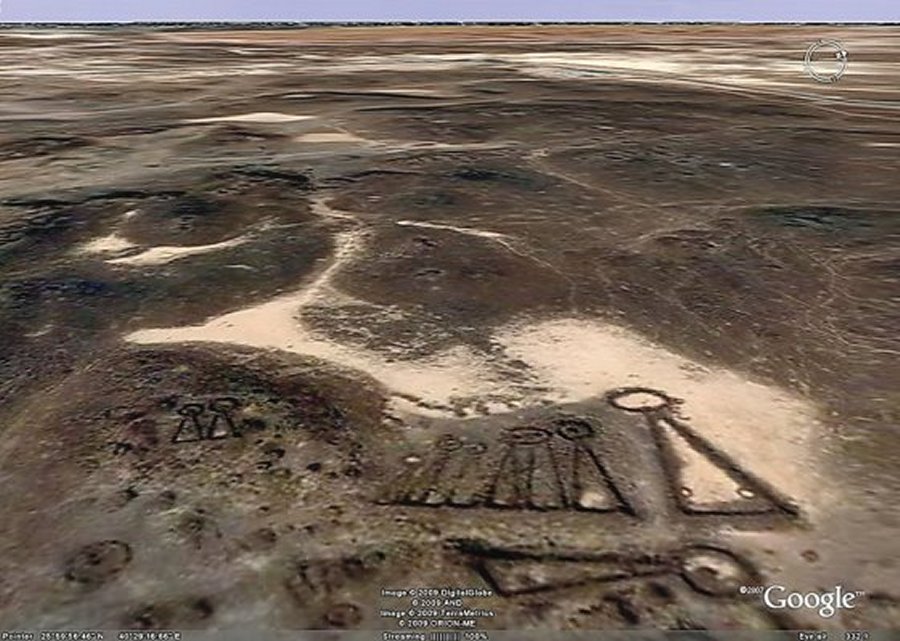 Who created these structures and for what purpose?

Some of these low walls of stone-many long known to archeologists inside Saudi Arabia-are newly visible from any computer in the world. The high-resolution image swaths reveal stunningly well-preserved evidence of widespread human activity in the distant past. 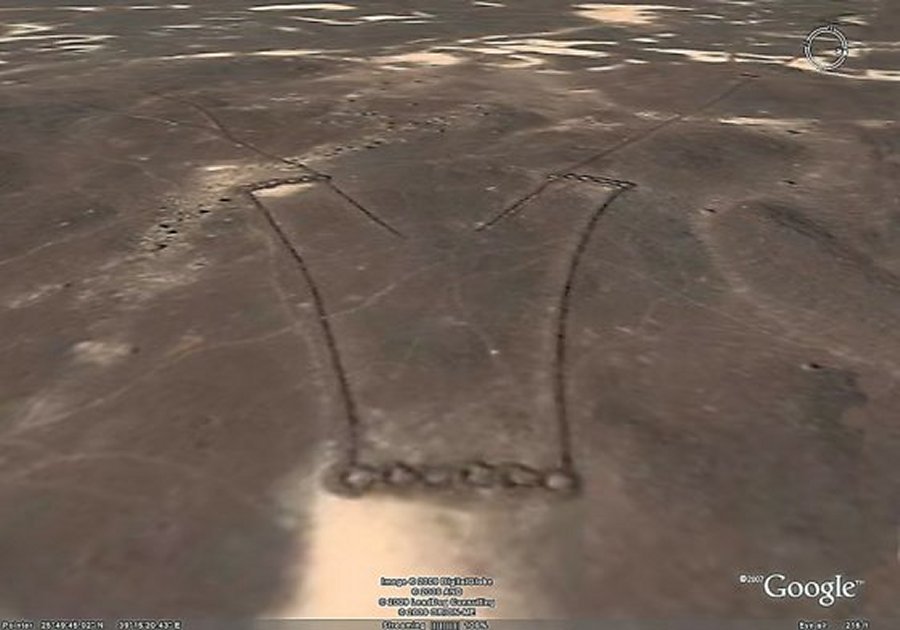 In the 1920's when British Royal Air Force pilots flew over the northern Harrat Harrah, they were struck by the numbers and variety of archeological remains visible in that rugged, thinly populated landscape.

There weren't any high tech construction or even moving companies to help in the building of these walls which makes these accomplishments all that much more impressive.

In Jordan, there are similar structures visible for the air. The Bedouin say the structures and walls are "the works of the Old Men".

Again without moving companies or sophisticated tools, how these structures were built and moved into place is quite extraordinary. 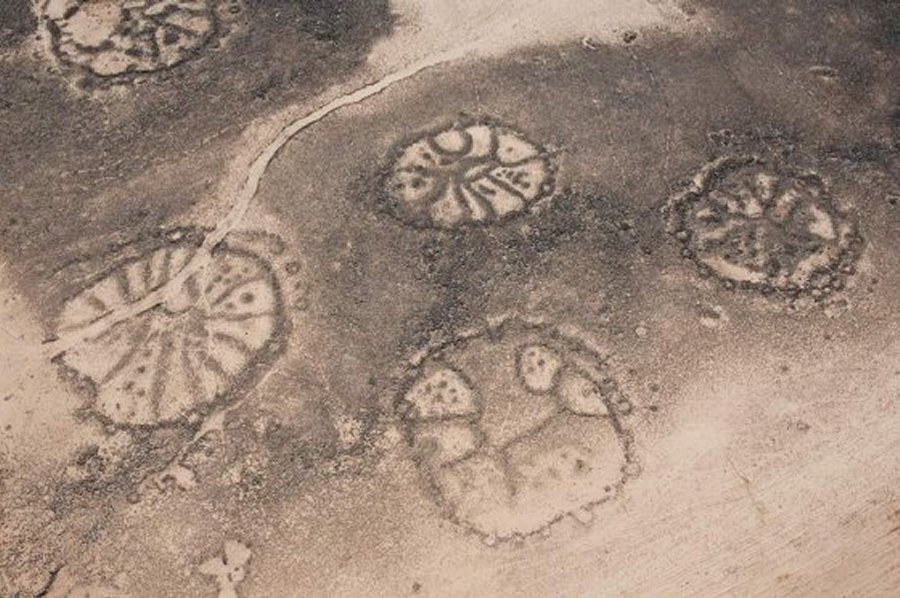 In the barren desert landscape, hundreds of kilometers from anywhere, there are thousands upon thousands of elaborate stone wheels, measuring up to 70 meters wide and visible only from the sky.
Flt Lt Percy Maitland documented the presence of the mysterious structures in a 1927 article for the archaeological journal Antiquity.

They remained largely a secret until the 1970s when Dr David Kennedy, now a professor of classics and ancient history at the University of Western Australia, saw them in great numbers while studying old survey photographs from Jordan. 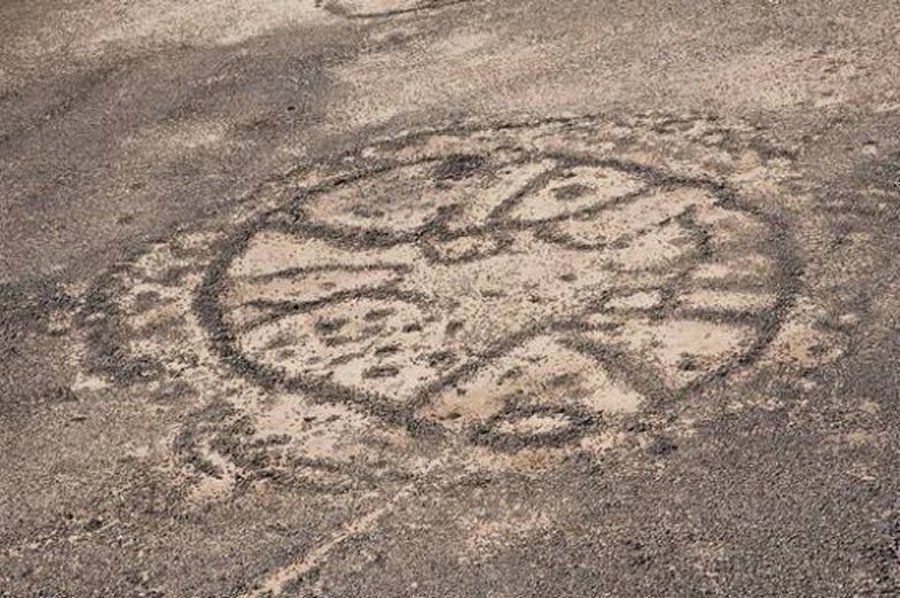 A close-up of one of the mysterious circles. Credit: David D. Boyer

Or you can just see a jumble of boulders that don't make any sense. But you go up a small distance and they are extraordinary." 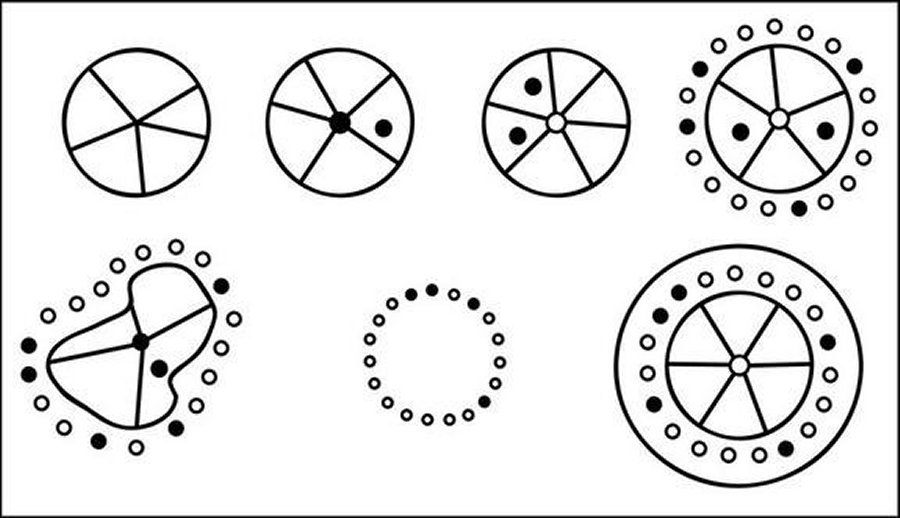 This drawing reveal the various shapes these structures can take. Credit: Stafford Smith

Compared to the Peruvian desert's Nazca drawings - which date as far back as the year 400, number in the hundreds and have a maximum breadth of about 270 meters- the Middle East patterns are more numerous, bigger and much older.

"These volcanic lava fields are the last place you'd expect to find these kinds of structures," Dr Kennedy said. "The landscape is not hospitable. It looks bleak and barren. They're so unusual."

At least 3,000 structures have been found in Jordan and Dr Kennedy's recent research has documented nearly 2,000 in Saudi Arabia.

As seen, there are a huge number, variety and forms of figures in different regions. Unfortunately, there are still many unanswered questions. We do not know why they were built. Neither do we know when they were constructed or by whom.